JESUS THE MESSENGER OF LIGHT by ADRIANA EVANGELIZT 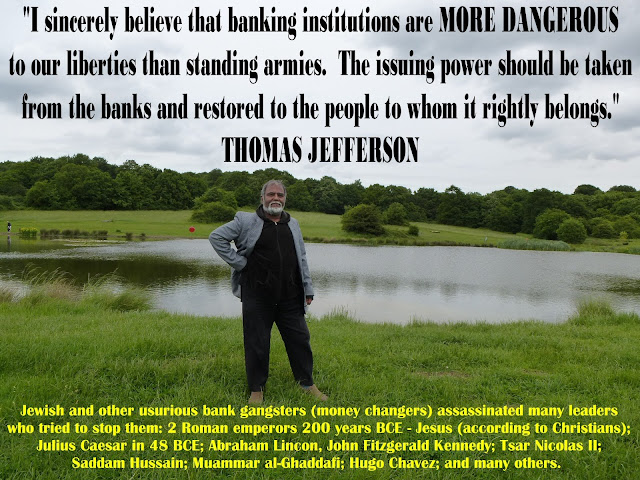 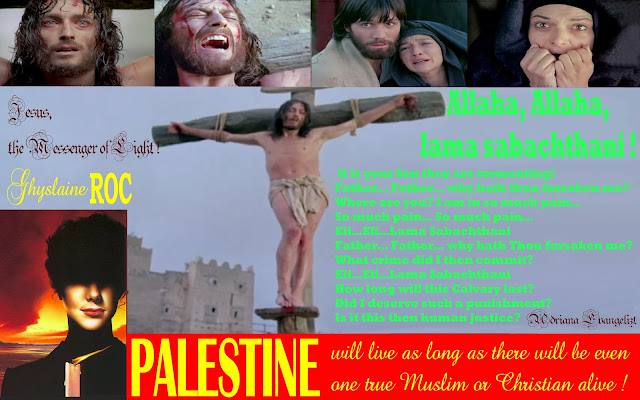 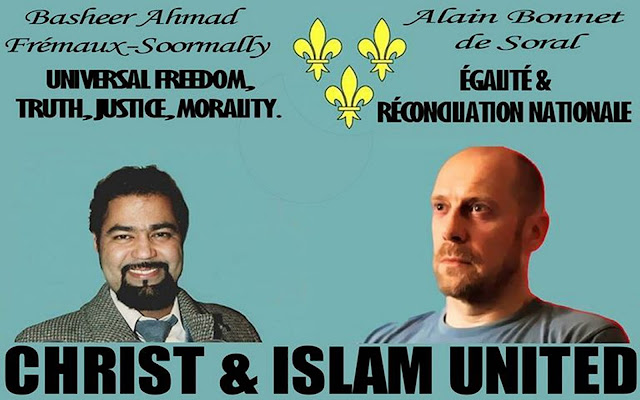 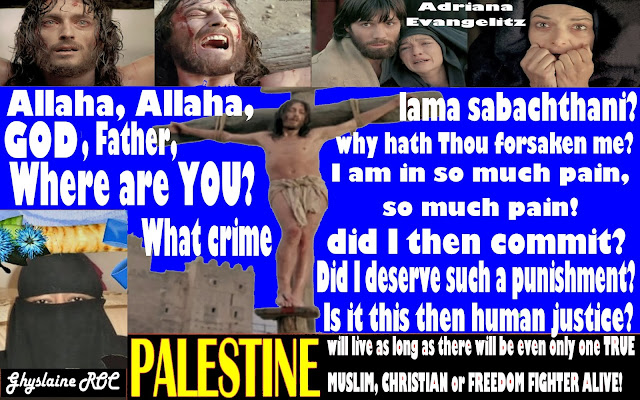 JESUS, THE MESSENGER OF LIGHT. 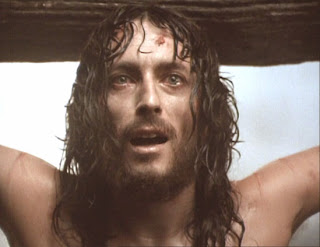 JESUS, THE MESSENGER OF LIGHT.
Cosmic Poetry by Adriana Evangelizt

I remember a country
Bursting of light that dazzled my eyes
A country where the morning mist
Wrapped around the countryside
Like a celestial hijaab...
Where one could hear chanting voices of that Elsewhere
That I had to leave
In order to incarnate into a man...
I came from so far away
From so far away...
Painting by Wojtek Siudmak
It cost me so much lo leave my Palestine.
I knew beforehand my earthly destiny
Drawn by a fatal finger
By perverted men…
Loved by the smallest,
Hated by the greatest.
And so many deaf, so many blind,
So many ignorant people
Who would remain impervious to my Teaching,
And would not fathom
The sparkling mystery buried
In the very heart of my Parables…

I remember a country
With scorching sun
Where my feet carried me
On the dusty paths…
Of a country
With an overpowering atmosphere,
Where the crowd was waiting for me by the River Jordan…
So many desperate people!
So may suffering hearts!
So many ailments to heal,
And I, all alone… so alone… so alone,
Preaching in the wind!
Having become only a maker of miracles,
A healer of the body
When I was only a healer of the soul…
But, how to tell them
That they shelter the key to their deliverance
Deep inside themselves?
How to explain to them
That the perishable flesh is only superficial?
I remember a country
Where burning flames danced in women’s glances;
Where their eyes sometimes clung
So brightly to mine;
Where a glimpse of possible happiness emerged…
I could have chosen another burden…
I could have, me too, a companion,
And put my life
In the hollow of her hands…
Nothing was easier for the human that I was,
Really nothing…
It took me time
To follow the Path
Of the wise Nazarean…
So, I took the very cold road leading to exile.
I had to experience loneliness, cold and hunger
In order to evaluate my courage
And strenghthen my faith.
Heading for the desert
Forty days and forty nights
Alone with myself…
And then in a grotto.
Some dried figs,
A trickle of a stream…
And my exalted soul
Merging with the stars
In blueish ecstacy
Watching for the heavenly reply…
Do Thee grant me the right to live as a man
Or do I have but the choice
Only to die on the Cross?
Tell me Father… Oh, please, tell me…
I remember a country
Where the screams of lambs escaped out of the temples
Driving me to tears…
Where the blood of the sacrificed rams
Did not remove the ills
Of the dragging along invalids,
And the creeping lepers
In the half blind roadlets
Of the ill reputed quarters of Jerusalem…
Oh Jerusalem… Jerusalem…
You who kills the innocent
And stones the prophets…
Looking at you I have understood
The evil that gnaws at you,
But, you preferred it
To the good I was bringing to you…


I remember a country
Where the rich prayed while wallowing in gold,
Killed animals in order to kill their conscience,
Applied a cruel law
That was not the Original Law…
But, ignored the misery of the People.
Who was it that god they believe in?
Who was this barbaric and bloodthirsty Yahweh
Who feasted on crime?
Was it really this that you call God?
Painting by Mark Harrison

1 (To the chief Musician upon Aijeleth Shahar, A Psalm of David.) My God, my God, why hast thou forsaken me? why art thou so far from helping me, and from the words of my roaring?
2 O my God, I cry in the daytime, but thou hearest not; and in the night season, and am not silent.
3 But thou art holy, O thou that inhabitest the praises of Israel.
4 Our fathers trusted in thee: they trusted, and thou didst deliver them.
5 They cried unto thee, and were delivered: they trusted in thee, and were not confounded.
6 But I am a worm, and no man; a reproach of men, and despised of the people.
7 All they that see me laugh me to scorn: they shoot out the lip, they shake the head, saying,
8 He trusted on the LORD that he would deliver him: let him deliver him, seeing he delighted in him.
9 But thou art he that took me out of the womb: thou didst make me hope when I was upon my mother's breasts.
10 I was cast upon thee from the womb: thou art my God from my mother's belly.
11 Be not far from me; for trouble is near; for there is none to help.
12 Many bulls have compassed me: strong bulls of Bashan have beset me round.
13 They gaped upon me with their mouths, as a ravening and a roaring lion.
14 I am poured out like water, and all my bones are out of joint: my heart is like wax; it is melted in the midst of my bowels.
15 My strength is dried up like a potsherd; and my tongue cleaveth to my jaws; and thou hast brought me into the dust of death.
16 For dogs have compassed me: the assembly of the wicked have inclosed me: they pierced my hands and my feet.
17 I may tell all my bones: they look and stare upon me.
18 They part my garments among them, and cast lots upon my vesture.
19 But be not thou far from me, O LORD: O my strength, haste thee to help me.
20 Deliver my soul from the sword; my darling from the power of the dog.
21 Save me from the lion's mouth: for thou hast heard me from the horns of the unicorns.
22 I will declare thy name unto my brethren: in the midst of the congregation will I praise thee.
23 Ye that fear the LORD, praise him; all ye the seed of Jacob, glorify him; and fear him, all ye the seed of Israel.
24 For he hath not despised nor abhorred the affliction of the afflicted; neither hath he hid his face from him; but when he cried unto him, he heard.
25 My praise shall be of thee in the great congregation: I will pay my vows before them that fear him.
26 The meek shall eat and be satisfied: they shall praise the LORD that seek him: your heart shall live for ever.
27 All the ends of the world shall remember and turn unto the LORD: and all the kindreds of the nations shall worship before thee.
28 For the kingdom is the LORD'S: and he is the governor among the nations.
29 All they that be fat upon earth shall eat and worship: all they that go down to the dust shall bow before him: and none can keep alive his own soul.
30 A seed shall serve him; it shall be accounted to the Lord for a generation.
31 They shall come, and shall declare his righteousness unto a people that shall be born, that he hath done this.

By SISTER NAHIDA THE EXILED PALESTINIAN

By Nahida the exiled Palestinian
http://uprootedpalestinians.blogspot.com
I met Jesus today
His name was Palestinian
Issa… Jesus he was called
On the altar of “chosen-ness” he was crucified
Time and time and time again

His face was Palestinian
Olive, with a hint of agony
Yet
Years of torture fail to conceal the glow
The purity of his soul peeks through
The sparkle in his eyes invites you to dive in
His pain was Palestinian
The colour of his words
Grips your guts
And squeeze… squeeze … squeeze
Until you lose consciousness
You fall on your knees
Begging for forgiveness
His faith was Palestinian
“Their sadism too much to bear
In the street I waited for a car
No way out but to kill myself
Twilight hour the fall of night
The call to prayer woken my heart
Healing balsam caressed my soul
Maybe…. In this life… still…there is something I can do”
His heart was Palestinian
Carved with sorrow
Filled with love
Flames of rage and roars of thunder
Hound his torturer to his grave
His tears were Palestinian
His first crucifixion… he was only fourteen
On the second, he was nineteen
From then on
He was crucified every minute
…of every hour
…of every day
…of every week
…of every month
…of every year……
His dignity was Palestinian
Anguished by his rapists
With his broken back he stood tall
His wounds run deep… his head held high
He saw the rainbow in the horizon
When all gave up he gave them hope
His smile was Palestinian
It has been said:
“To smile when confronted with most severe oppression
Is an act of Resistance
Rooted
In unparalleled beauty” *
The smile of Issa
Was Palestinian
His resilience was Palestinian
“As he punched me in the face
I felt stronger
As he kicked me in the stomach
I felt stronger
As he slashed my arm
I felt stronger”, he said
His hope was Palestinian
Insha’Allah, ya rab, Alhamdulillah
Bouncy words sprinkled around
Buds of trust bloom and grow
His broad grin whiffs you to life
His nightmares close their eyes
His tales of horror lie to slumber
When all lost hope he saw a future
I saw Jesus today