MY BLOG UNDER PERMANENT ATTACK SINCE BRENDON O'CONNELL'S ARREST IN NEW ZEALAND FOR NO CRIME COMMITTED! 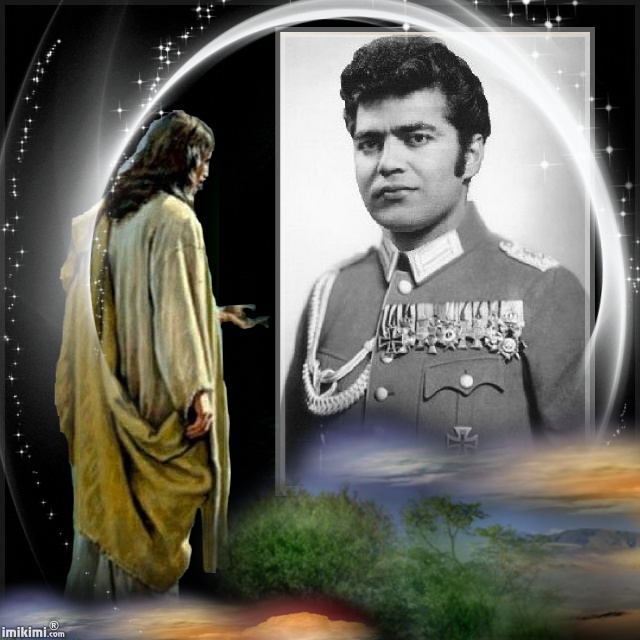 JESUS: Basheer, my Son, did you not tell Brendon to settle down in a less hostile land, start a family, and let others take over his struggle while he writes his book?
BASHEER: You know I did, Father, but, he has too much in him that has to come out in the only manner he thinks fit, and his way is the most dangerous one!  He is lucky he has no children to take care of like I do!
JESUS:   You know my own Father ILAHI did not help me when I screamed out for help while under torture, and imminent death, so they say.
BASHEER:  Yes, Father, but I did not buy that one because you never died and never will!
JESUS: Yes, my Son, I know that you know, but most of those ingrate Earthlings don't, even if you tell them 6 million times!
BASHEER: I have been trying to get in touch with his lawyers (?), but in vain!  Did Saul not warn us against the LAW COURTS?
JESUS: Destiny, my Son, Destiny!  Brahmans call it Karma!

TheRapeOfJustice
Published on 1 Nov 2017
Pieces from Grace Powers' excellent 3-hrs documentary The Zion King, available at http://www.helpfreetheearth.com/DVD-K... On the excommunicated Jewish Messiah Shabbetai Tzvi (ancestor of the Rothschilds), Shabbetai's so-called reincarnation Jacob Frank (ancestor of Princess Diana?), the Windsors, the Goldsmiths, the Rothschilds, the Spencers, the Roches, Kate Middleton-Goldsmith, the Order of the Garter, Tim Cohen's "The AntiChrist and a Cup of Tea", The Red Dragon in the Book of Revelation, Prince William's Coat of Arms, Rabbi Marvin Antelman's "To Eliminate The Opiate", Vol. 1 and 2, Rabbi Wolf Gunther Plaut, Gershom Scholem, Adam Weishaupt, the Bavarian Illuminati, Henry Makow, The Protocols of the Learned Elders of Zion, Nazi Germany, Israel, Anti-Zionist Jews in Israel, Norman Finkelstein, Israel's Crimes against the Palestinians, the City of London, and much more.

WORLD DICTATORSHIP = THE COMMITTEE OF 300 LED BY BRITISH-SWISS ROTHSCHILDS CRIME SYNDICATE https://concisepolitics.com/2017/10/29/world-dictatorship-the-committee-of-300-led-by-british-swiss-rothschilds-crime-syndicate/
Goals of the Committee of 300 to Kill 6.5 Billion Humanity!! http://thepoisonappleoftheworld.com/goals-of-the-committee-of-300-to-kill-6-5-billion-humanity/

My Spell on LKY was broken after the City Harvest Saga! (Long story will write one day but only let you know one thing what my mother said, “Once LKY dies ALL the SHITS will come out because he had sold his soul to the devils!”

I have lost TOTAL Respect for the ungrateful son! Why must he sued Roy Ngerng if he is clean and how can he lock up a young Singaporean just because he said that LKY was a horrible man? Therefore, I would like to share with you what I saw on Facebook – LHL is a member of Committee 300. The other Asian is Dr. Margaret Chan, Director-General of the World Health Organization from 2007 to 2017.

Subject: SINGAPORE FIRST!!
Lee Kuan Yew, not the one who wants LHL to be PM but it was Mrs Lee Kuan Yew because she loved LHL very much. When I was young I heard all she can talk was about how smart LHL is. In primary school one day my teacher told us Mr Lee Kuan Yew went to LHL school and told him off in front of the whole class that he cannot use his name. LKY did not allow anyone to use his name to gain favor so I guess this is why his siblings are not happy with LHL because they felt he should stand on his own right to lead Singapore something like that…. I understand why the siblings are stopping him because in the event Singapore is not going the right way this is not LKY doing.
My mother said that Mr Lee Kuan Yew loved LWL very much and she will not be able to get married because she got features like LKY and in LKY eyes all the men not good enough for his daughter. LWL personal body guide loved her but LKY said NO:( I don’t know how come my mother so clever know everything in Lee’s family?
LHY is the middle child got NO ATTENTION so he can do what he likes. In an interview with TODAY on Wednesday night, Mr Lee Hsien Yang also said that this was not a family spat, but about the values of their father – “of putting Singapore first, rather than power and popularity”. He also elaborated on his decision to leave Singapore, saying: “Why would I want to move if I did not feel persecuted?”
Read more at http://www.channelnewsasia.com/news/singapore/statement-questioning-pm-lee-not-merely-a-family-affair-dr-lee-8947500 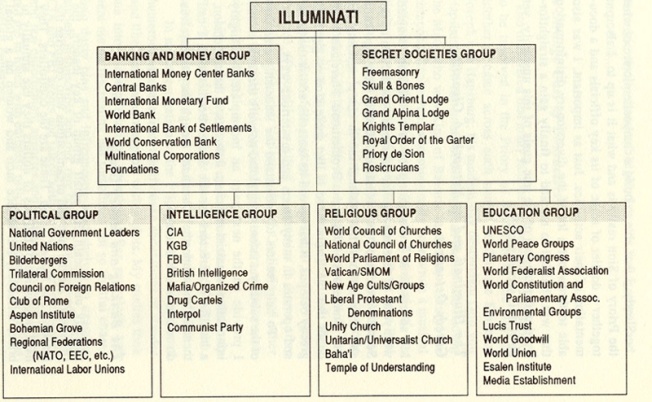 Email ThisBlogThis!Share to TwitterShare to FacebookShare to Pinterest
Labels: BRENDON O'CONNELL'S ARREST IN NEW ZEALAND, MY BLOG UNDER ATTACK, SINGAPORE

RETURN ARABIA TO THE ARABIANS AND TO ISLAM, YOU CRYPTO-JEWISH SAUDI SHITHEAD! 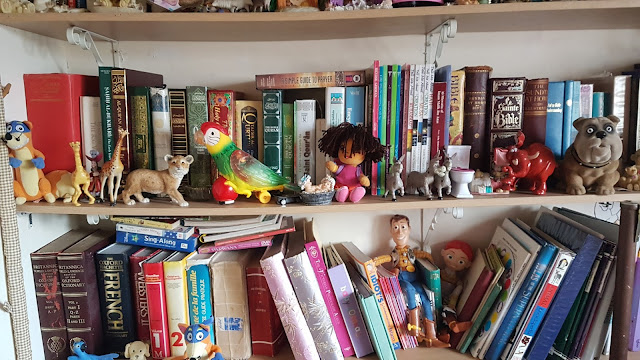 Holocaust Survivors!
Most of my personal libraries have been destroyed by my parents and siblings, and by women I loved and trusted, and most of my surviving books had to be given away because Earthlings calling themselved humans and civilised, hate freedom, truthful knowledge, justice, and the Moral Way!  This did not break my heart because the experience taught me how unreliale humans were and are!

HELP BRENDON O'CONNELL WHO HAS BEEN IMPRISONED FOR NO CRIME COMMITTED IN JUDEAN NEW ZEALAND!


What the Media Won't Tell You About Saudi Arabia

reallygracefulPublished on 16 Sep 2017
Support my channel on Patreon: https://www.patreon.com/user?u=4621074 *Sources always pinned as top comment Images in this video are from http://reorientmag.tumblr.com/archive **PLEASE CONTACT ME IF I USED YOUR ARTWORK AND DID NOT CREDIT YOU** Ali Al Shehabi (beautiful images) https://www.instagram.com/p/BXQmIgLlU... Please subscribe to my backup channel: https://www.youtube.com/watch?v=l5eAz... GAB: https://gab.ai/reallygraceful Facebook: https://www.facebook.com/reallygraceful Twitter: https://twitter.com/reallygraceful 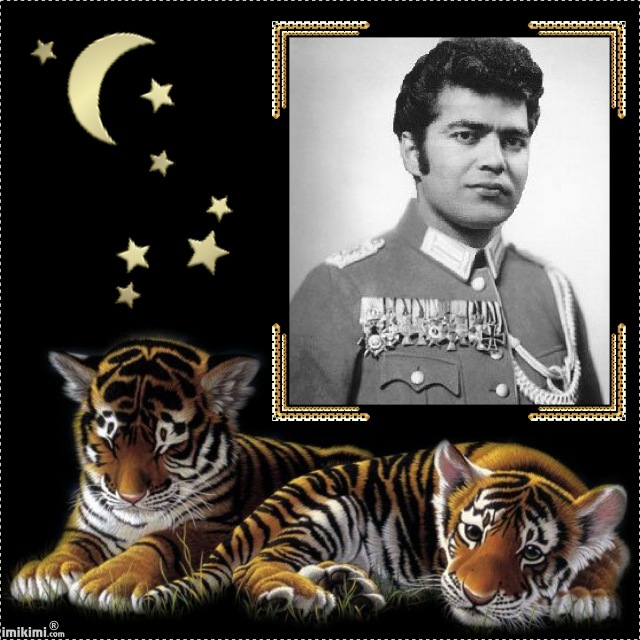 * First, let Mohammed bin Salman al-Saud get rid of that Western title of "Crown Prince", then we'll talk!
* Then, let him and others acknowledge that Saudi leadership was Crypto-Jewish!
* Then, that they never practiced Islam, but only a Western Freemasonic and CIA brand of extremist religion that usurped the name of Islam!
*Then, let him FREE ARABIA, and then call it back ARABIA, its proper name, and not call it by its Western shit name of SAUDI ISRAEL or SAUDI "Arabia" owned and controlled by the West!
*AND, FINALLY, THAT PERVERT CAN TALK OF RETURNING ARABIA TO ISLAM, BUT NOT TO THAT OTHER WESTERN SHIT THEY CALL "MODERATE ISLAM"!
BAFS 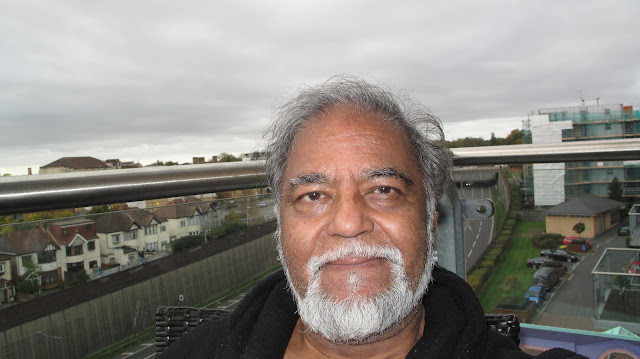 Since my teens I kept my promise never to perform pilgrimage in that Freemasonic-Jewish occupied land of ARABIA!  Muslim fanatics have all along been accomplices in crime against Islam and the Ummah of Muhammad, peace and blessings be upon him! 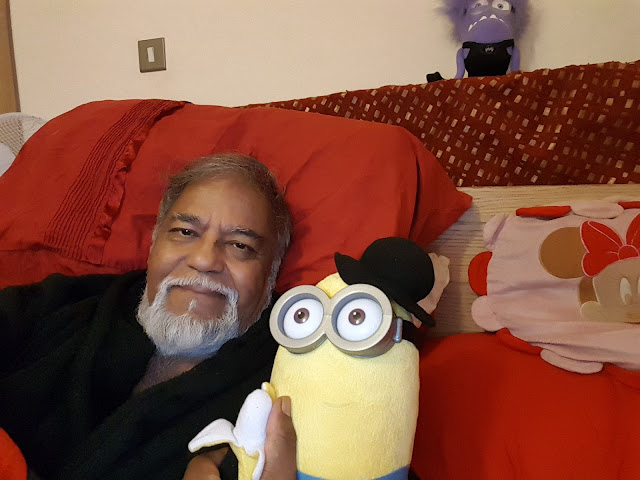 
I will return Saudi Arabia to "moderate Islam" (Another colossal Jewish style lie!), says crown prince Mohammed bin Salman tells the Guardian that ultra-conservative state has been ‘not normal’ for past 30 years

Saudi (HOLY JEWISH SHIT!) Arabia’s crown prince, Mohammed bin Salman, has vowed to return the country to “moderate Islam” and asked for global support to transform the hardline kingdom into an open society that empowers citizens and lures investors. 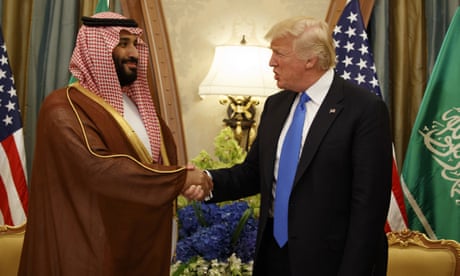 Mohammed bin Salman al-Saud: the hothead (???) who would be king

Read more
In an interview with the Guardian, the powerful heir to the Saudi throne said the ultra-conservative state had been “not normal” for the past 30 years, blaming rigid doctrines that have governed society in a reaction to the Iranian revolution, which successive leaders “didn’t know how to deal with”.Expanding on comments he made at an investment conference at which he announced the launch of an ambitious $500bn (£381bn) independent economic zone straddling Saudi Arabia, Jordan and Egypt, Prince Mohammed said: “We are a G20 country. One of the biggest world economies. We’re in the middle of three continents. Changing Saudi Arabia for the better means helping the region and changing the world. So this is what we are trying to do here. And we hope we get support from everyone.


“What happened in the last 30 years is not Saudi Arabia. What happened in the region in the last 30 years is not the Middle East. After the Iranian revolution in 1979, people wanted to copy this model in different countries, one of them is Saudi Arabia. We didn’t know how to deal with it. And the problem spread all over the world. Now is the time to get rid of it.”Earlier Prince Mohammed had said: “We are simply reverting to what we followed – a moderate Islam open to the world and all religions. 70% of the Saudis are younger than 30, honestly we won’t waste 30 years of our life combating extremist thoughts, we will destroy them now and immediately.”
The crown prince’s comments are the most emphatic he has made during a six-month reform programme that has tabled cultural reforms and economic incentives unimaginable during recent decades, during which the kingdom has been accused of promoting a brand of Islam that underwrote extremism.
The comments were made as the heir of the incumbent monarch moves to consolidate his authority, sidelining clerics whom he believes have failed to support him and demanding unquestioning loyalty from senior officials whom he has entrusted to drive a 15-year reform programme that aims to overhaul most aspects of life in Saudi Arabia.
Central to the reforms has been the breaking of an alliance between hardline clerics who have long defined the national character and the House of Saud, which has run affairs of state. The changes have tackled head-on societal taboos such as the recently rescinded ban on women driving, as well as scaling back guardianship laws that restrict women’s roles and establishing an Islamic centre tasked with certifying the sayings of the prophet Muhammed.