MY 20 POINTS ON CRIMINAL STATE CAPITALIST MEDICINE! BASHEER AND HIS DAD, GOD! SILVERSTEIN 9/11. 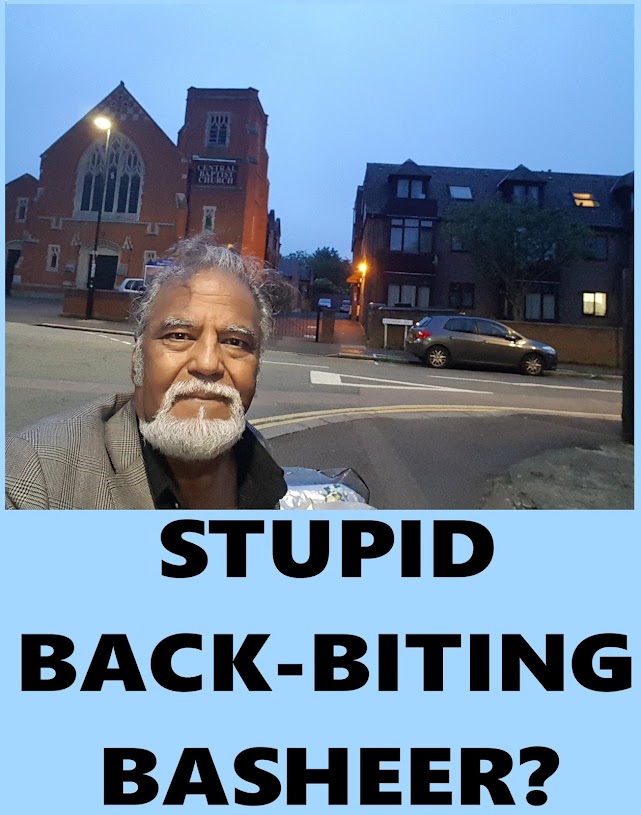 ACCUSING ME OF BEING STUPID AND BACK-BITING DID NOT BREAK MY HEART AS I AM NOW HEARTLESS, AND IN SURVIVAL MODE! 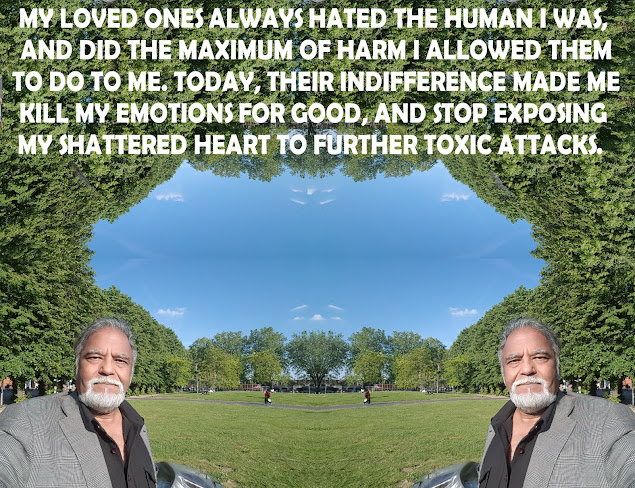 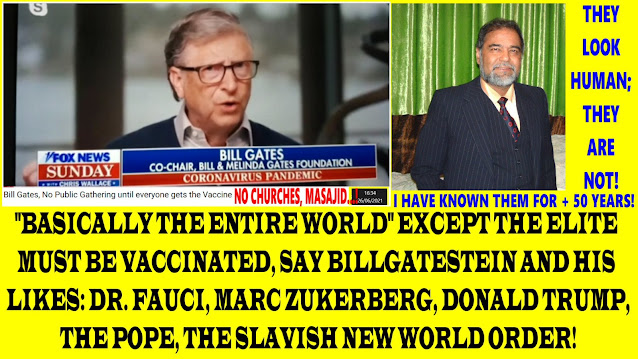 The world will not end because the MONOPOLISTS never stop attacking my Blog and me personally - FOR WRITING THE TRUTH!

Roger Waters
349K subscribers
Zuckerberg was a little prick when he was grading co-eds. Being very rich changes nothing, he’ll always be a little prick!

30 Jun 2021
What Hancock let out the bag )How they'll introduce the mRNA poison via Edible Vaccines.
lyde · 1337 Views

29 Jun 2021
FLUSHING OUT THE EVIL & THE TRUTH BEING EXPOSED! WITH MEL K & CHARLIE WARD
TheCharlieWardShow · 270 Views

29 Jun 2021
CAUTION!! OMG IF THIS IS TRUE WOMEN JUMPS OUT OF WINDOW TO AVOID MANDATORY JAB
Learn Something New Today · 830 Views

28 Jun 2021
GEMMA O'DOHERTY: BEAUMONT WHISTLEBLOWER SPEAKS OUT: THEY ARE PERSECUTING US TO HAVE INJECTION
Angel Realm · 1780 Views

Surgeon Fired for speaking out

As you may already be aware there are attempts being made to discredit this video and negative propaganda against BNT for allowing this video on our platform.

Attempts to have this video removed have failed and will continue to fail.

It will remain on our platform for the sake of transparency and out of respect for the Dr.


The Doctor is simply doing what we all expect him and others to do, stand up for justice and humanity by being transparent and pushing for informed consent.


I have personally been in touch with:

Marnie has verified this video to be authentic and her organisation is actually supporting the good Doctor in his fight for justice.

We encourage everyone to support these noble causes and we are pleased that Justice Centre Canada have opened their own BNT Channel.

They have our respect and support.

Thank you so much.

AL-LAH: My Son, so, here you are finally!

BASHEER : DAD, I am sorry, I was running away as fast as I could from the Freemasonic Kabbalist Mafia!

BASHEER: Why not DAD?  YOU call me SON!

GOD: Of course, My Son, I know you are not like those blind fanatics who think I am a human like them and sit on a Throne!  It makes ME laugh because most of them look like humans, but they are not!

SATAN: Of course, LORD, they are not; they are my Creation!

GOD: My Eternal Adversary, you don’t say Shalom, and you look very tired!

SATAN: Shalom? I am not Israel!!  But, obviously, LORD, I was running after BASHEER, but he runs very fast, and I never managed to catch up with him for the past 75 years, except on a few occasions, but he always manages to free himself!

GOD: You should know why!

SATAN: I do, because he always screams out DAD, DAD, DAD, whenever I manage to catch him!  I know of another Son who cried ILAHI, ILAHI, but his Father abandoned him!  But, I need to tell YOU, LORD, that BASHEER does not really believe in YOU AS GOD like the other believers, Jews, Hindus, Christians, Muslims and others!  He always calls you DAD!

GOD: My Holy Adversary, you are telling me what I have always known!  My Son’s response has always been that he cannot read MY KITAAB (Oral Revelations) the way others read and understand it and rarely follow it!

SATAN: So, YOU see LORD!  He says he had no choice; either read and understand like the others and deny that YOU ARE REALLY GOD, or read at a higher level where GOD OF ALL HUMANITY, of Parsis, Zoroastrians, Hindus, Buddhists, Jews, Christians, Muslims, Sikhs, and of others, including Atheists, AND HIM ARE STRICLY ONE!

GOD: This is why they hate My Son and threaten him of Hell because they are convinced there is Hell in Heaven, but they all expect ME to open the Gates of Paradise for them when they almost never listen to ME, and are unable and refuse to see the HELL or the PARADISE ON EARTH!

BASHEER: DAD, do I have the permission to say a few words?

GOD: Of course, you have MY permission, My Son!  But, please, I heard lately from a loved one that you were STUPID and keep BACK-BITING!

GOD: Of course not, My Son!  But, like your father DIS, you lost your businesses because you both were not aware that life itself was a business that requires training in money matters that you both never had!  If you had money and property, nobody would dare call you stupid, but that they all love you!

BASHEER: Yes, DAD, money runs everything, and schools never taught us anything worthwhile money-wise to protect our moral family, house, and children!

GOD: You already know, My SON, that schools are here to make slaves of all of you, indentured labourers, and willing idiots!  And the money Jews are the best business creatures of Satan!  This is how Jew Larry Silverstein was given Public Property without their consent - asbestos filled skyscrapers that no Insurance Company would have insured at all, for practically free!  A Biblical Jewish Miracle that made him richer!  On 9/11 many Biblical Miracles have been orchestrated, but the end of it all: APARTHEID ISRAEL AND JEWS BECAME RICHER AND RICHER JUST LIKE WITH THE COVID-19 PLANDEMIC, THEIR FAKE BIO-WEAPONS VACCINES AND CLIMATE CHANGE, AND THE WARS THEY HAVE BEEN WAGING AROUND THE WORLD FOR CENTURIES!  But, I better stop here otherwise I will be accused of being an ANTI-SEMITE!

SATAN: O LORD, Anti-Semitism, I invented that one, and it works miracles!  I instructed Satanyahu to tell the world who really did 9/11 – Usama, Usama, Usama, and what to do next: make Europe, the USA, and Russia wage endless wars against ISLAMIC TERRORISM that will make them and Apartheid Israel very, very rich!

GOD: I regret I created humans; they cause only disasters!  The Angels had warned ME, but I told them I knew better!  Now, I look like a Fool!

BASHEER: No, DAD, you are not STUPID at all, YOU indeed know what we don’t!

SATAN: I jewbilate when I see the LORD in this quagmire!

GOD:  Yes, Satan, you can jewbilate all you want, but wait when the Myths of the Ten Plagues, the Flood, and the Holocaust become real thanks to human disobedience and hypocrisy!  SHALOM STUPID HUMANS!

I cannot stand listening to racists speaking a Hindi-Urdu-English slang (patois, sabir...) and boasting about their supremacist religion, culture, and civilisation by peddling lies about their Persian, Mughal, and Muslim heritage, and I  make myself hated by one and all for telling the truth and writing about it!

I know I am dead for many, including my own loved ones, but life continues, and I must survive all the tragic tribulations of life that are 6,000,000 times worse for nearly half of humanity! Not much time left before I disappear for good and unnoticed!

P.S. WHO WILL TRUST THIS MIRACULOUS ANTI-FUNGAL CRAP? 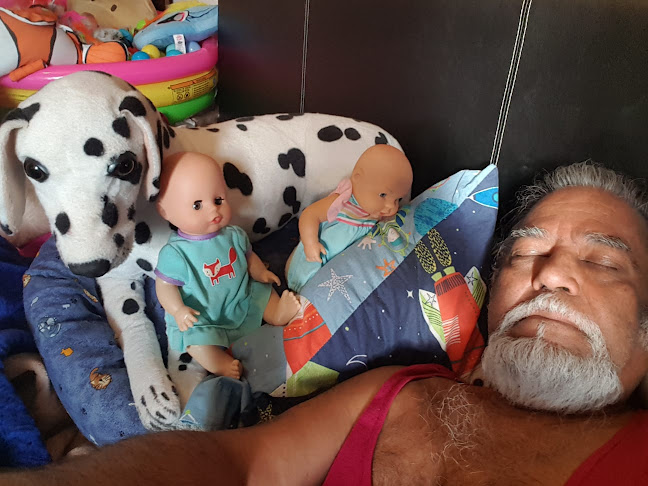