“The date of 20 December 2011 was not from me as I have said a number of times on my blogs. Oh well, listen, all the volcanoes are becoming active, which corresponds to the Old Serpent in the Revelations (Apocalypse) of John.  It is this one that is more important with the toppling of the magnetic poles that will lead to the physical toppling of the earth.  It is this that will cause the Great Disaster.” 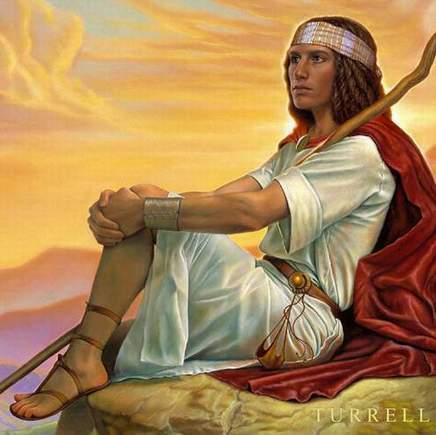 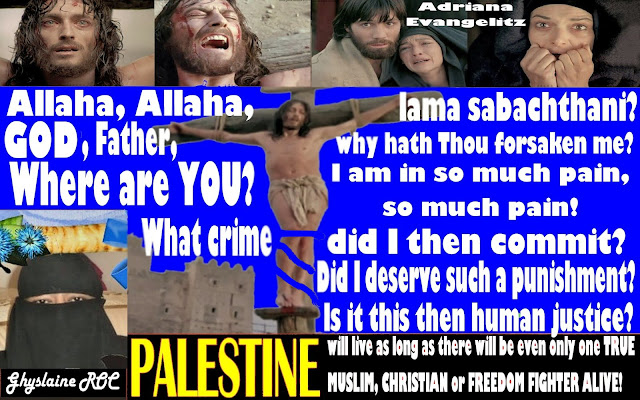 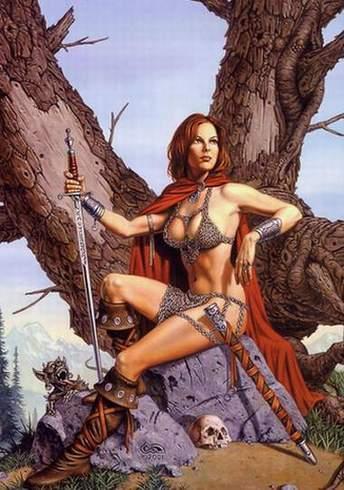 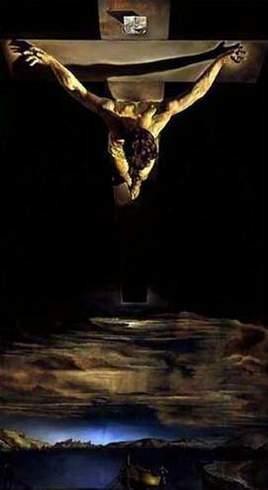 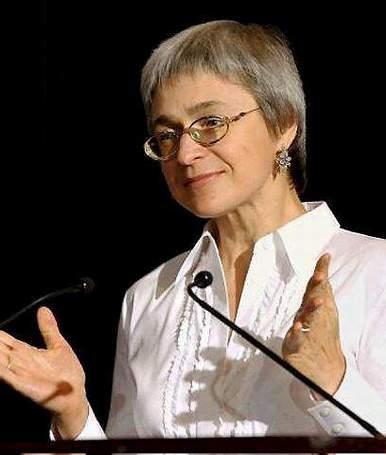 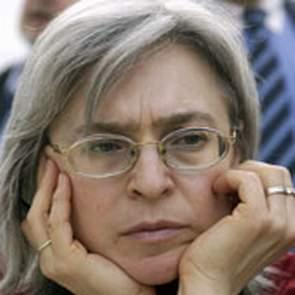 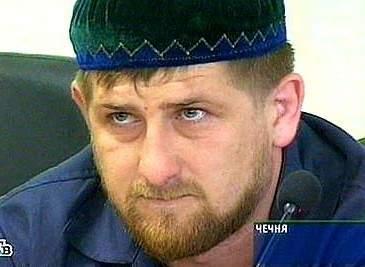 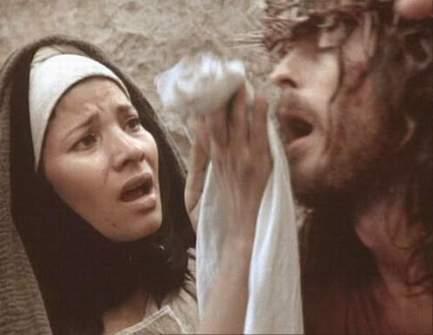 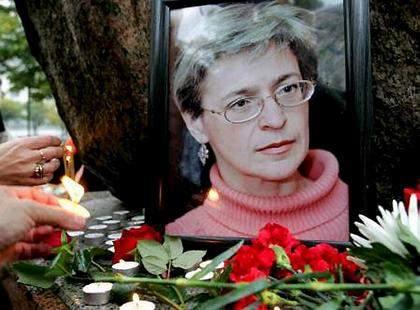 Richard Dawkins is a man whose missionary zeal and the fervour of whose evangelical atheism puzzle even other atheists. I have read articles on him in which journalists have tried to analyse him and his family history (without success) looking for clues – family traumas, neuroses, etc. – which might explain what drives his passionate crusade (I know no more appropriate term) against God. He is a man who as well as anyone else and better than many embodies some of the essential themes with which to decode the science of this epoch, which arguably began with Galileo.


My initial sortie into this arena was after being provoked somewhat by the introduction of Richard Dawkins to his book The Blind Watchmaker in which he claims that science has disproved God. In what I write here I claim no great scholarly authority or mastery, and indeed would be unable to write anything whatsoever if it had not been that Allah had brought about various events in my life which provided me with the very different materials necessary. So, far be it from me to try and prove God, since I am only engaging in this because of His providential arrangement. He is in no need of proof. Does the Real need to be proved by the Unreal?

Mr Dawkins attacks a Christian argument long realised by philosophers to be weak, the “argument from design”. In essence, that argument states that if one finds a watch on the road there is no doubt in one’s mind that the watch had a watchmaker since it is impossible for something so intricate to have come about by accident. Thus, the argument goes, if one finds an intricate cosmos, one must necessarily believe in a cosmos-maker simply because of the intricate and beautiful workmanship of the cosmos.

Mr Dawkins’ argument, which is merely the most abrasive statement of a position widely believed by scientists, is that the physical sciences and in particular those of genetics and evolutionary science successfully explain the intricacy of the cosmos thus removing the need for a cosmic maker or cosmic designer. The argument from design has a chequered history in christian Europe and the West, and Mr Dawkins’ attack on it is only the latest in a long and unfortunate story.

Given the parochialism of Western thought, that a christian proof has fallen is regarded as the death of God, rather than a localised cultural event of European and Western christian history. Of course, this confusion is compounded by the work of many Muslim authors who import christian arguments wholesale into their books without realising that they are already widely discredited and disproved in Europe and were never the basis of Muslim proof in this arena in the first place.

My first encounter with the relevant Islamic material long predates Dawkins’ book, when I was in Cairo, in our study of the most elementary works of tawhid which we were taught in preparatory classes in the Azhar. What I learnt there was later confirmed in study of the renowned work of Abdalwahid ibn ‘Ashir, may Allah be merciful to him, his poem al-Murshid al-mu’in. The basic argument of this Ash’ari teaching is that stated by him so eloquently:

“His existence has a conclusive proof: The need of everything that is in-time for a Maker.”

Note here that no account whatsoever is taken of the intricacy of the thing or things, in this case the cosmos. It is the mere fact of its existence that matters. This thought is supported by the famous question of the philosopher Leibnitz which Martin Heidegger quotes in his Introduction to Metaphysics, “Why is there something rather than nothing at all?” a question he regards as the very first in philosophy. It is well worth the reader stopping and reflecting on this question.1
Thus right away, the argument from design is abandoned. Indeed, in Muslim thought it simply never entered into the equation. The real issue is that something cannot come out of nothing of its own volition since it did not exist and thus had no volition. A void that had the potential for quantum fluctuations out of which matter emerges is not a real void. For a materialist, out of nothing, nothing can emerge. For Allah everything is possible.
The Shaykh proceeds:

If beings had originated by themselves, equality and preponderance would be united.

The Shaykh considers the possibility that things could somehow engender themselves, or the cosmos simply pop into being out of nothing. Quite interestingly, he considers it calmly and coolly, not as a religious intellect confronted and disturbed by rational argument. Rather he considers it rationally, and says, “If beings had originated by themselves”. Then he says that if that had been the case, two matters would have been united, and the image he uses is that of the scales. At-tasawi – equality – indicates when both pans of the scales are equal and level, and ar-rujhan – preponderance – indicates when one pan of the scales outweighs the other. And he is saying that these two cases would be united and concludes at the beginning of the next verse:

And that is impossible.

Allah and the Messengers with the attributes | for which He has erected signs.

Now this is the entire point of departure for the din: recognition (ma’rifah) of Allah and His Messengers: knowledge of Allah’s attributes among which are al-ghina – absolute independence, freedom from need, and total wealth, and qudrah – power, capability, the ability to do that which He wills or leave undone whatever He wishes, e.g. He could have left the world uncreated so that there was nothing.
The entire zone of the dunya, of worldliness, revolves around the mistaken thought that such attributes might be attainable by human beings independently of the Creator. In extremes it leads to the desire for all wealth and all power. The person who knows deep in his being that his Lord is All-Wealthy and All-Powerful is not the same as this other.
Figures such as the Medicis and the mediaeval German bankers the Fuggers were vastly wealthier and had more real power than any king of their time. They ushered in the era of dominance by the power of money with political processes remaining simply as theatre to mask the true realities of power. Thus, the British Empire was really the Bank of England Empire, and the Empire’s greatest conquest, India, was a project of the East India Company which had its own armies and administration. The mantle of all of these has passed to a relatively small cabal of financiers and corporate figures.
It is thus that Dawkins has placed his knowledge at the disposal of people who do not acknowledge the wealth, power, knowledge, will and compassion of God, but seek massive wealth and power for themselves. Dawkins is ultimately a priest in a new religion, and this is something that even freethinkers have always puzzled about in him. It is the new religion of global capitalism. Opposite it is the pure teaching of tawhid embedded in the practice of of Islam, pivotal to which is the knowledge of the mu’amalat, the ordinary practices of trade and buying and selling, a relearning of which by us – as traders and men of commerce, employers and employees, shoppers, buyers and sellers, as well as our scholars – will lead to the decoding and dismantling of the capitalist killing machine. For just as the authentic grasping of tawhid is the genuine foundation of the entire din, yet strangely enough this clarity of commercial transactions in the market is itself the indispensable base without which none of the rest of the din will make any sense or be acceptable to Allah. Thus to grasp the mu’amalat is to be on the royal road to the restoration of justice.
More germane to our topic however, given the significance of the relationship between finance/commerce and science, is our question, “What would the sciences look like if they sprang from the soil of a society which had non-usurious and just commercial transactions?” If we do not answer that question here, we do know that it is the Muslims who are obliged to take a lead in creating such a society and thus in bringing about the renewal of the sciences.

1 Moreover, there is the principle of sufficient reason as formulated by Leibniz: “no fact can be real or existing and no statement true unless it has a sufficient reason why it should be thus and not otherwise” (Leibniz, 198). This principle is often stated as “everything that begins to exist has a cause of its existence” or “every event has a cause.” The entire edifice of science rests on this axiomatic understanding and yet an increasingly vocal group would have us believe that the universe itself is the only exception to this rule.
2 See Strathearn, The Medicis: Godfathers of the Renaissance, in which he compellingly shows that the renaissance was very much a banking event.
Posted in Articles.
13 comments
By admin – June 17, 2010
Posted by BAFS at Sunday, November 28, 2010 No comments: