BRENDON O'CONNELL AND OTHERS - REST IN PEACE ASIAH ABDUL HAMID 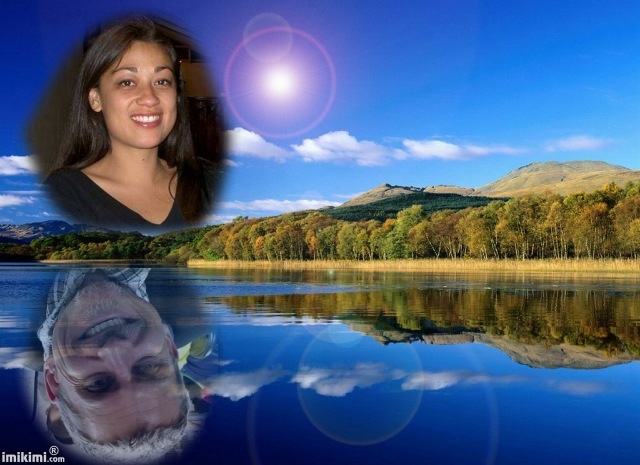 You might ask how one so beautiful and funny and all that stuff could be depressed? Well...everyone has a story. Plus, Asiah was a Scorpio Sun, Scorpio Rising with the Sun in the 12th House of dissolution. It was always going to be tough. Plus, the moon in Capricorn, not as expressive as one might want.

Maybe Asiah is the result of the fractured Western society we live in? No family bonds, or, tenuous or non existent, or based in fighting and anger and anxiety. Breaking free is hard to do. I dont think some of the people around her helped.

She was on a flight coming back from Mexico, Los Angeles to Sydney. First reports said she was a drug mule. Family have told me there was a suicide note on her body. She went out with a bang and made the papers. I hope she was business class. I could actually imagine her planning it like this. Scorpio, meticulous planners when they finally decide to end things.

She is survived by all the ASIO and Military Intelligence/SAS who tried to recruit her as a honey pot. Well, you can see why. Have a look at those perfect teeth

:-D Some one tell Royed and Wayne please. I'm sure they're reading the post.

I will always remember Asiah coming home all excited, "Hey! I just met this guy from ASIO! He took me to the cricket, we sat in the VIP box and I met all the players." I replied, "Yeh, I'm a fucking fighter pilot and an astronaut, fancy a root? You fell for that crap?" "No! For real! Showed me his ID! He is really ASIO!" And he was.

Then there was the time I was tending my hydroponic marijuana operation and Asiah brings a friend home..."Wayne". We all sat down and watched JFK. I educated Military Intelligence that day.
Asiah was a girl of intrigue. All that Scorpio...

Asiah never hurt a fly, except herself.

She was a damned fine cook too and deserved a husband and some kids and a picket fence. She loved kids, but never had any.
I'm gonna write a book one day and dedicate it to her. Called "Pearl". Asiah's dad was Malay and a pearl diver in Broome. I imagined her child hood growing up in multi cultural Broome, on Western Australia's north west coast. Asiah without doubt was Aphrodite, coming ashore on a wave.

She has a great sister called "Sal". Or "Super Sal" aka: "Wonder Woman". I was "Action Man". They were both sisters to me. 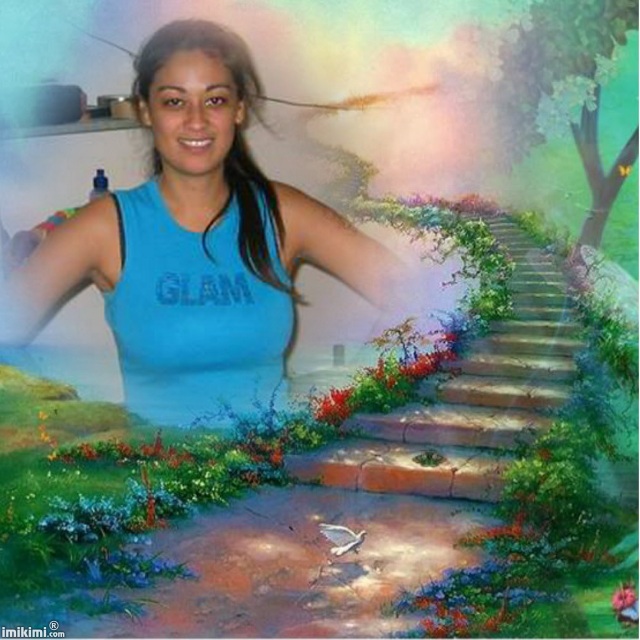 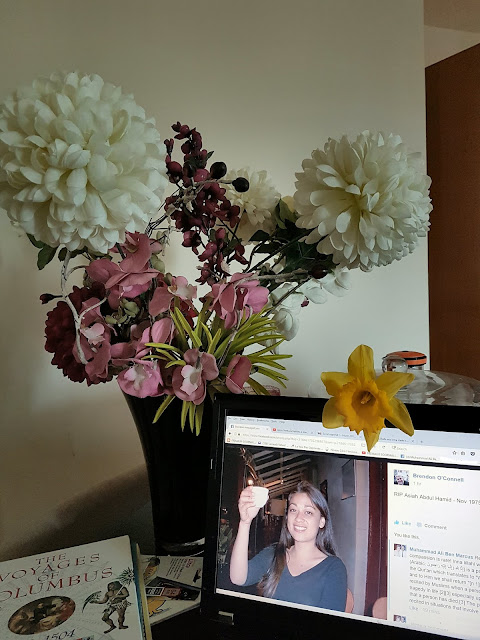 Sincere condolences to the grieving family and friends
From Brendon, Vickie Jacobs, Jacleen Allen, Basheer, and many others. 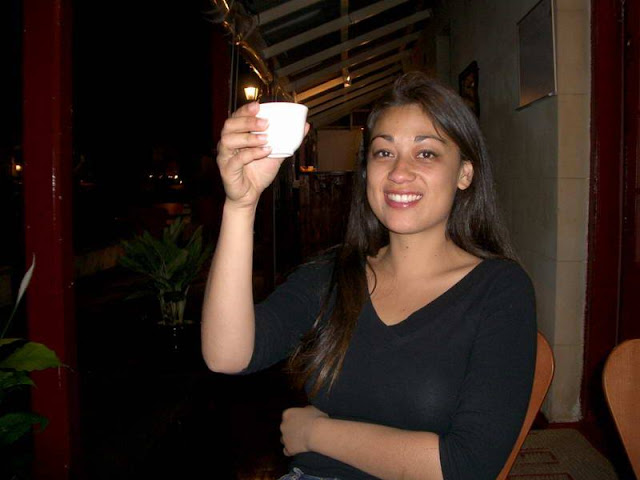 Muhammad Ali Ben Marcus Real human compassion is rare! Inna lillahi wa inna ilayhi raji'un (Arabic: إِنَّا لِلّهِ وَإِنَّـا إِلَيْهِ رَاجِعونَ‎‎) is a part of a verse from the Qur'an which translates to "We belong to Allah and to Him we shall return."[n 1][1] The phrase is recited by Muslims when a person experiences a tragedy in life,[2][3] especially upon hearing news that a person has died.[3] The phrase may also be recited in situations that involve risk of any sort.
Like · Reply · 1 · 6 hrs

Muhammad Ali Ben Marcus "Suspected drug mule" - This title is real shit! Made by a degenerate!
Like · Reply · 17 mins · Edited 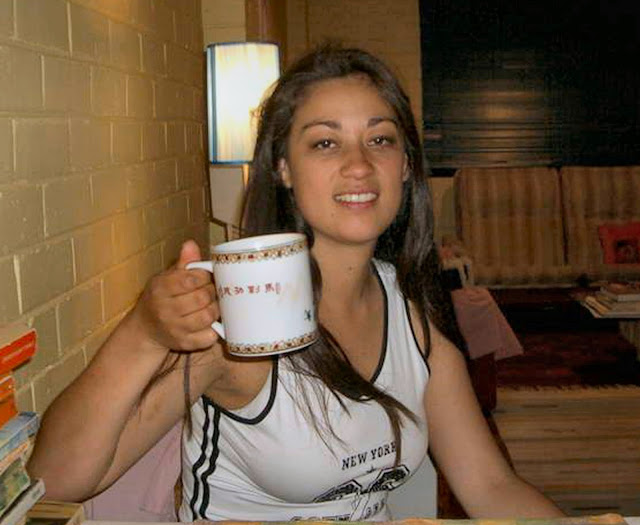 Brendon O'Connell Strangely, I cant find a damned picture with me in it with her and Sal. I took all these. 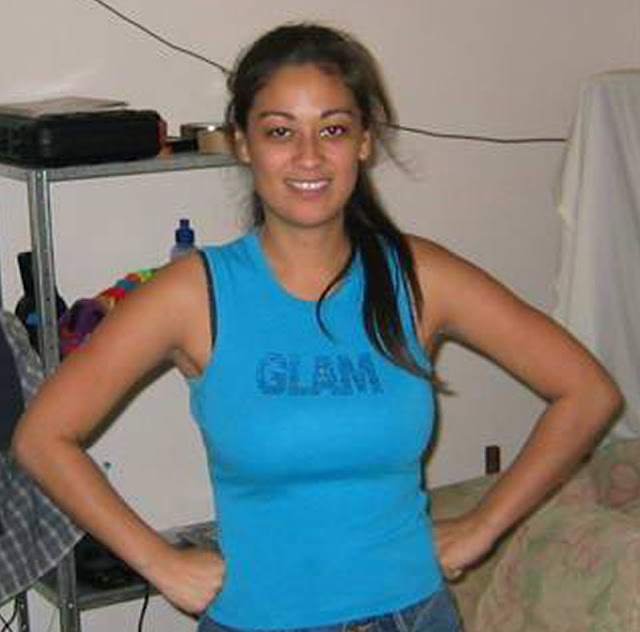 Muhammad Ali Ben Marcus "I cant find a damned picture with me in it with her and Sal." ? This proves that you are negligent, my Son! We Orientals use herbal drugs for HEALING, but the civilized world uses drugs to produce degenerates and TO KILL!
Like · Reply · Just now

Brendon O'Connell Its hard to be sad. It appears to be a suicide. Only she could plan it that way. A trip to Mexico to get the pills, then die with a splash on a plane. No quiet death in some place where no one notices.

Jeff Dahlgren I am not sure it was a suicide as it possibly, due to their announcing this suspected drug mule and no drugs recovered it seems, that she might have swallowed them in condoms or balloons and had a failure. Toxicology would not be out that fast but how ...See More
Like · Reply · 2 hrs

Muhammad Ali Ben Marcus Brendon O'Connell "A trip to Mexico to get the pills, then die with a splash on a plane." ? No way unless she was really "deranged"!!
Like · Reply · 4 mins

Vickie Jacobs SO, SO, SORRY. THEY'RE ALL NO WORDS WHEN ONE LOOSES SOMEONE SO CLOSE. WE KEEP THEIR MEMORY ALIVE BY HELPING OTHERS IF WE CAN.
Unlike · Reply · 2 · 5 hrs

Jacleen Allen Much love, Brendon. I can tell you have lost a much loved friend

N.B.This is relevant to the fate of ASIAH ABDUL HAMID!

THE JURY MUST HAVE BEEN THREATENED, BLACKMAILED, BRIBED ...!

108morris108
https://www.youtube.com/watch?v=aNIl3ML1wOo
Terrorist (truther) convicted for being on TV show

Uploaded on Oct 18, 2010
FREE MOHAMMED HAMID! - (NO MORE COMMENTS PLZ) - An innocent man, 'Imprisoned for Public Protection', for the crimes of calling non-Muslims to Islam and helping communities.

[Added Jan 1 2011 - The ancient Indians called this age: KaliYuga - where nothing is what it seems - however we can at least be sure he is innocent]


Link to documents from a Sheik who was employed by the prosecution to assess what Mohamed Hamid had been doing and saying while being in a group with other Muslims. The prosecution found the report of no use - and did not use it.
http://morris108.wordpress.com/2010/1...

Special thanks to Eleanor at www.passingclouds.com for prepping Yasmin and facilitating a platform for Yasmin.

Mohammed Hamid was convicted in 2008 under politically-motivated circumstances. He was found guilty of "soliciting to murder" under legislation dating back to 1861, despite never actually instructing anyone to any specific act. The conviction was based upon innocuous statements allegedly made by Hamid whilst under covert surveillance which, by the accounts of those who appeared in court for the prosecution, were twisted to suit a government agenda.

As part of a documentary about Muslims in the United Kingdom, "Don't Panic, I'm Islamic", the BBC filmed Hamid and others playing paintball. However, the Metropolitan Police and the Crown Prosecution Service felt that there must have been something sinister about Muslims paintballing and camping in the woods. Statements were given by the police, of which the strongest allegation was a testimony that "they were holding sticks exactly as I have seen people in Iraq." That this was their strongest evidence, even after months of surveillance which included the use of undercover agents and covert recording, is a stark indication of the legitimacy of the prosecution.

It is our contention that it is no more of a crime for Muslims to go paintballing or camping than it is for the thousands of other people who go paintballing and camping every year. Yet, in these "war of terror" times, it has meant that Mohammed Hamid and others are now serving totally unjustifiable sentences for taking part in activities that are not in themselves crimes.

It is our fear that this sentence will be the first of many for Muslims in the United Kingdom -- and by extension of the precedent Hamid's case has set, for non-Muslims too -- indeed anyone who does not champion the British government's foreign policy or who have a different world view.

Hamid's prosecution amounts to nothing but internment in another guise and is an affront to general principles of law and justice. It was a calculated, cynical attempt to justify a year long undercover operation, which revealed nothing more than that Hamid perhaps had a sense of humour that may not be to the taste of middle England, and that he was openly critical of British foreign policy.

We call on the British government to release Mohammed Hamid and overturn this serious miscarriage of justice.