I AM KRISHNA AND I COME TO EARTH TO HELP HUMANKIND PUSH BACK EVIL, AND RE-ESTABLISH VIRTUE. 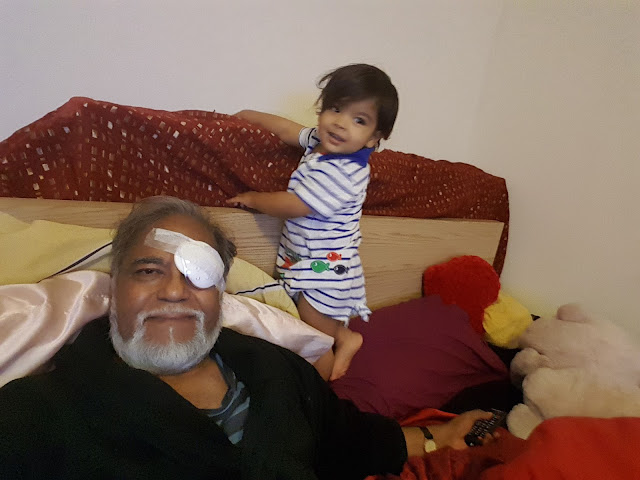 BUT, THE FIGHT MUST GO ON NO MATTER WHAT!

The secret of health in Islam - Hamza Yusuf Lecture

I AM KRISHNA AND I COME TO EARTH TO HELP HUMANKIND PUSH BACK EVIL, AND RE-ESTABLISH VIRTUE.


APOCALYPSE 1
GOD DOES NOT EXIST AS WE UNDERSTAND IT

Do not laugh, Krishna God the Unborn who was Born (unless those damn translations are wrong again!), and Jesus God, both had a mother and a father!

Krishna.
Manifold the renewals of my birth
Have been, Arjuna! and of thy births, too!
But mine I know, and thine thou knowest not,
O Slayer of thy Foes! Albeit I be
Unborn, undying, indestructible,
The Lord of all things living; not the less-
By Maya, by my magic which I stamp
On floating Nature-forms, the primal vast-
I come, and go, and come.
When Righteousness
Declines, O Bharata! when Wickedness
Is strong, I rise, from age to age, and take
Visible shape, and move a man with men,
Succouring the good, thrusting the evil back,
And setting Virtue on her seat again.
Who knows the truth touching my births on earth
And my divine work, when he quits the flesh
Puts on its load no more, falls no more down
To earthly birth: to Me he comes, dear Prince!

Jnana as theistic philosophical knowledge is just a fragment of Universal Knowledge, and where the devotee worships the Self and does not give a damn about the rest of humanity and the world, including his own family, and where liberation is not FREEDOM or LIBERTY as some of us understand it, but only total liberation from all human obligations and responsibilities or is even an entrapment in Self worship unfit for any enlightened human being.  Jnanaism or Yogism cannot produce a high civilisation, and it never did!  Yoga is a Brahman or Hindustani theistic philosophy teaching the suppression of all activity of body, mind, and will in order that the self may realize its distinction from them and attain liberation from the world. Only the decadent ant-family West those Westerners who are looking for better than Western Civiisation find attractive the gymnastic parts derived from it made up into a system of physical postures, breathing techniques, and sometimes meditation, and which have absolutely nothing to do with God.  They brag about their physical and emotional well-being, which is true for some, but hiding at the same time the sexual practices of mainly White women behind it all, especially where guru perverts are involved!  BAFS

IF THIS KRISHNA IS THE UNBORN BORN GOD, IS HE NOT A LIAR OR, TO BE FAIR, IS IT NOT JUST HUMAN HOPES AND ILLUSIONS, NOT JUST DELUSION AS PR. RICHARD DAWKINS, THAT DUMB GOD HATER UNIVERSITY IGNORAMUS AND THE POPE OF MILITANT ATHEISM CLAIMS?

GOD:  ALLAH KNOWS BEST!
YESHUA:  All this re-incarnation of God(s) and Humans is utter nonsense!  Arjun slayed his foes, but the same foes are telling us that we must be peaceful and non violent when they commit the worst of violence on us, our loved ones, and our habitat!
The God in Islam too is Unborn, Undying, Indestructible, but only a wonderful illusion, yet very real at the same time!  But, it is not given to most of us to understand these mysteries of the heart and the soul!  Suffice to say that there can be no Hope without God!

“When Righteousness declines, O Bharata!   When Wickedness is strong, I rise, from age to age, and take visible shape, and move a man with men, succouring the good, thrusting the evil back, and setting Virtue on her seat again.

But, sadly, only the contrary happened!  This will explain my findings about THAT GOD!  For Atheists and the more militant and fanatical among them, this looks like a big lie, but it is not!  Wisdom and Compassion are not to the liking of the henchmen and henchwomen of Satan.

Yes, no need to add anything else, ALLAH KNOWS BEST!
Salaam, Shalom, Shanti, Holy Father even if You say You do not exist as humans believe You exist!

Signed from Heaven on Earth without pen and without ink

Addendum:
Jñāna yoga or  Jnanamarga, is one of the three original spiritual paths  (margas) of knowledge and self-realizationto of Brahman (Who am I? What am I?) to obtain freedom (liberation) and salvation (moksha), the other two being karma yoga (path of action, karmamarga) and bhakti yoga (path of loving devotion to God, bhaktimarga).  The Brahmans accept and embraces these metaphysical concepts as the foundations of their Way of Life and according to a Strict Caste System will use them to rule over the entire consenting community and at a particular time period.  These are philosophical works spanning many centuries and not Revelations from any particular Deity at a specific period.  (See Upanishads and Bhagavad Gita.)
N.B. This is not a direct quote from WIKIPEDIA

1 The proverbs of Solomon the son of David, king of Israel;
2 To know wisdom and instruction; to perceive the words of understanding;
3 To receive the instruction of wisdom, justice, and judgment, and equity;
4 To give subtlety to the simple, to the young man knowledge and discretion.
5 A wise man will hear, and will increase learning; and a man of understanding shall attain unto wise counsels:
6 To understand a proverb, and the interpretation; the words of the wise, and their dark sayings.
7 The fear of the Lord is the beginning of knowledge: but fools despise wisdom and instruction.
8 My son, hear the instruction of thy father, and forsake not the law of thy mother:
9 For they shall be an ornament of grace unto thy head, and chains about thy neck.
10 My son, if sinners entice thee, consent thou not.
11 If they say, Come with us, let us lay wait for blood, let us lurk privily for the innocent without cause:
12 Let us swallow them up alive as the grave; and whole, as those that go down into the pit:
13 We shall find all precious substance, we shall fill our houses with spoil:
14 Cast in thy lot among us; let us all have one purse:
15 My son, walk not thou in the way with them; refrain thy foot from their path:
16 For their feet run to evil, and make haste to shed blood.
17 Surely in vain the net is spread in the sight of any bird.
18 And they lay wait for their own blood; they lurk privily for their own lives.
19 So are the ways of every one that is greedy of gain; which taketh away the life of the owners thereof.
20 Wisdom crieth without; she uttereth her voice in the streets:
21 She crieth in the chief place of concourse, in the openings of the gates: in the city she uttereth her words, saying,
22 How long, ye simple ones, will ye love simplicity? and the scorners delight in their scorning, and fools hate knowledge?
23 Turn you at my reproof: behold, I will pour out my spirit unto you, I will make known my words unto you.
24 Because I have called, and ye refused; I have stretched out my hand, and no man regarded;
25 But ye have set at nought all my counsel, and would none of my reproof:
26 I also will laugh at your calamity; I will mock when your fear cometh;
27 When your fear cometh as desolation, and your destruction cometh as a whirlwind; when distress and anguish cometh upon you.
28 Then shall they call upon me, but I will not answer; they shall seek me early, but they shall not find me:
29 For that they hated knowledge, and did not choose the fear of the Lord:
30 They would none of my counsel: they despised all my reproof.
31 Therefore shall they eat of the fruit of their own way, and be filled with their own devices.
32 For the turning away of the simple shall slay them, and the prosperity of fools shall destroy them.
33 But whoso hearkeneth unto me shall dwell safely, and shall be quiet from fear of evil. 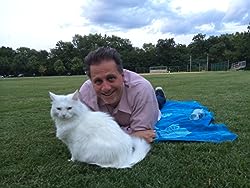 Follow
Follow on Amazon
Follow authors to get new release updates, plus improved recommendations and more coming soon.
Learn More
M. S. King is a private investigative journalist and researcher based in the New York City area. A 1987 graduate of Rutgers University, King's subsequent 30 year career in Marketing & Advertising has equipped him with a unique perspective when it comes to understanding how "public opinion" is indeed scientifically manufactured. Madison Ave marketing acumen combines with 'City Boy' instincts to make M.S. King one of the most tenacious detectors of "things that don’t add up" in the world today.

Says King of his admitted quirks, irreverent disdain for "conventional wisdom", and uncanny ability to ferret out and weave together important data points that others miss: "Had Sherlock Holmes been an actual historical personage, I would have been his reincarnation." King's other interests include: the animal kingdom, philosophy, chess, cooking, literature, history (with emphasis on events of the late 19th through the 20th centuries).

Are You an Author?

Help us improve our Author Pages by updating your bibliography and submitting a new or current image and biography.
› Learn more at Author Central