DRAG QUEEN MICHAEL SOETERO, SHAME ON YOU US AMERICA! 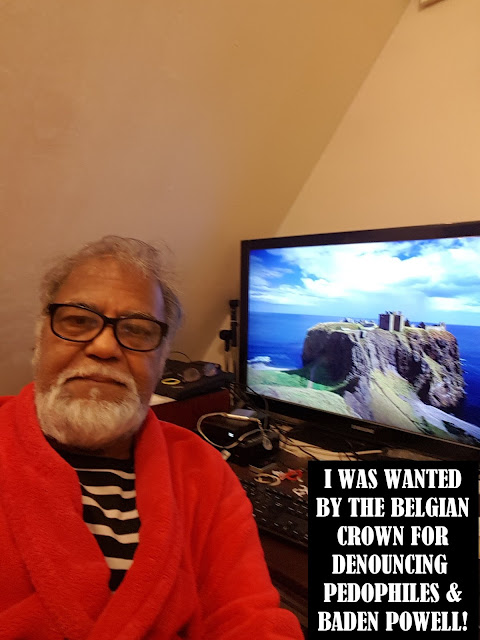 The greatest pedophile nation I have ever encountered is the United Kingdom of Israel!  Oy vey!

Although Field and I do not share the same "faith" about God, we have so much in common, including on WOMEN-MOTHERS!
#PEDOGATE EXCLUSIVE - Field McConnell Of ABEL DANGER Interviews With Victurus Libertas -
Victurus Libertas VL
Published on 10 Mar 2017
We were blessed to have Filed McConnell on our show and like Robert Steele, Field is a bank of knowledge. In this episode we talk about his new projects, Piizza/Pedogate, the CIA and much more. BTW, Field has agreed to come on as many times as we like. Should be awesome
https://www.youtube.com/watch?v=X8l0PMZc6eI

Published on 27 Feb 2017
Abel Danger (AD) explains below how former banker Steve Bannon may have fooled President Trump by using Serco 8(a) companies to inject fake news on 9/11 through a witting or unwitting former BBC director general Greg Dyke and conceal the presence of pedophile spoliation crews in a Islamic murder-for-hire service on the Federal Bridge Certification Authority.

AD is proposing that Trump has a fake news rule embedded in 18 U.S. Code § 1958 to deny Bannon and his ilk any new opportunities to use Serco's 8(a) bridge to generate fake news and conceal spoliation of evidence of murder for hire as was allegedly the case with BBC broadcasts on the East Africa Embassy bombings (1998), the USS Cole ambush (2000) and the WTC Twin Towers demolitions (2001) in New York which Trump himself attributed to explosives inside the buildings.

AD claims that Serco (formerly RCA GB 1929) shareholders including the British government launched its fake-news service on February 1, 1942 – fifty-six days after the Japanese attack on Pearl Harbor and the entry of the United States into WWII – with short-wave broadcasts to Europe, Africa and the Far East of BBC and VOA* scripts from the late William Stephenson and American playwright Robert Sherwood.

AD claims that Serco ordered Kristine "Con Air" Marcy to establish a virtual floating matrix of 8(a) pedophile newsgroups on the federal bridge in 1996 by flying parolees and ICE agents to snuff-film productions at a B.C. pig farm hosted by the federally-registered 'Piggy Palace Good Times Society'.

AD Global Operations Director Field McConnell claims that his sister Kristine Marcy and ICE staged the JonBenét Ramsey murder in December 1996 and used Serco 'S.B.T.C' – 8(a) Small Business Technology Companies – newsgroups to extort access to mentor devices (US 6276277 B1) for the 9/11 attacks.

AD claims that Serco authorized patent lawyer Hillary Clinton to use a patent pool of bridge technologies including weapons from mentors at Boeing, Lockheed Martin, Northrop Grumman and Raytheon and possibly milled powder from Johnson & Johnson for the media plays associated with 9/11 and the subsequent anthrax attacks on America.

AD claims that Serco provided the UK Cabinet Office with resilience training on 9/11 when Dyke's BBC pedophile elites allegedly injected fake news into media plays while 8(a) company actors, experienced journalists and television crews told Americans that they had been attacked by the Bin Laden Group.

Field McConnell is asking to meet with President Trump to explain how he can ensure that Steve Bannon is not fooling him with fake news of Islamic murder-for-hire by having Congress pass a 14-word amendment/addition [see brackets] to 18 U.S. Code § 1958 - Use of interstate commerce facilities in the commission of murder-for-hire where "Whoever travels … with intent that a murder be committed [or news or evidence of such a murder be concealed, withheld, destroyed or faked] … and if death results, shall be punished by death or life imprisonment, or shall be fined not more than $250,000, or both."

Abel Danger
https://www.youtube.com/watch?v=RlTF5SPIS0Q
FROM WIKIPEDIA
"A drag queen is a person, usually male, who dresses in drag and often acts with exaggerated femininity and in feminine gender roles. Often, they will exaggerate certain characteristics such as make-up and eyelashes for comic, dramatic, or satirical effect. While drag is very much associated with gay men and gay culture, there are drag artists of all sexualities and gender identities. There are many kinds of drag artists and they vary greatly in dedication, from professionals who have starred in films to people who just try it once, or those who simply prefer clothing and makeup that is usually worn by the opposite sex in their culture. Drag queens can vary widely by class and culture. Other drag performers include drag kings, women who perform in male roles and attire, faux queens, who are women who dress in an exaggerated style to emulate drag queens, and faux kings, who are men who dress to impersonate drag kings." 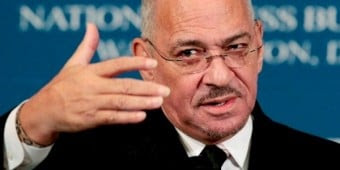 Rev. Jeremiah Wright Jr.
After nearly four years in office, many Americans still express frustration that much about Barack Obama remains a mystery as establishment media remain incurious about the Democratic president, while seemingly ready to dispatch crack investigative teams at a moment’s notice to probe into the personal lives of Republican figures such as Sarah Palin. Largely ignored in 2008 was research by the Hillary Clinton campaign based on contacts developed with members of the church Obama attended for two decades, Trinity United Church of Christ in Chicago. This is the first of a series of articles WND has developed from months of in-person interviews with church members who have known Barack and Michelle Obama over many years. The sources requested that their identities not be published because they believe their disclosures would put their security at risk.