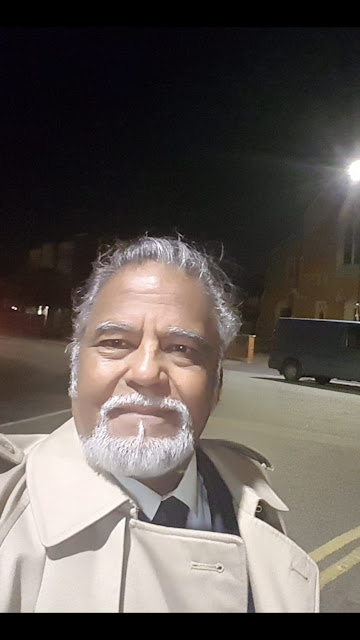 Achtung!  My own Blog was hacked, personal photographs removed, and I am prevented from uploading my clipped videos about the COVID-19 PLANDEMIC HOAX, and my PC hacked and flooded with hundreds of Trojan viruses!!

You Guys Got To Let Everybody Know

URGENT| THEY WILL DELETE THIS AGAIN!| IT'S HAPPENING NOW| DR. RASHID BUTTAR (NEW)


Mon, 25 May at 17:53
A number of clips from the recent Doctor's Roundtable hosted by Dr Rashid Buttar and featuring 150+ healthcare professionals are now available to download, share and repost.

Charles Malki, Biologist & Plant Expert for http://ivorganics.com/ has an educated discussion with Judy Frankel of https://www.judyshomegrown.com/ on the several studies on 5G (5th Generation) Cellphone Towers, and the approximately 10x more powerful (than the 4G Cell Tower) electromagnetic fields (EMF), and its effects on bees, birds, plants & people.

Why No Big Names on the Stupid-19 Death List?

An "Almost-Daily"  Daily Web Page Summary of the Dirty Lies, Glaring Omissions,
Half Truths & Globalist Bias of The NY Times

The 86-year old brother of Loony Lizzy Warren died last month -- allegedly due to the big bad Coronavirus. The reason we're revisiting this now is because your ever-suspicious reporter here just realized something: There are no "big names" (neither nationally nor locally) that have died of Stupid-19. The best the Fake News has been able to come up with was Senatorette Warren's very old brother. But if Stupid-19 was as deadly as we’ve been led to believe, one would have expected some younger to middle-aged, or even 70-80 something year old muckety-mucks to surely have died from it by now, right? After all, killer viruses don't discriminate.

And yet, despite the hype surrounding the alleged (and obviously harmless) infection of CNN/CIA journalist Chris Cuomo, ABC/CIA propagandist George Stephanopoulos, and pedo-monster actor Tom Hanks and a handful of other notables, we have yet to hear of a single such fatality among the thousands of individuals whose deaths would have certainly been reported (with breathless glee) by the devious denizens of national or local “mainstream media.” As far as our memory and search engine research have been able to determine, no celebrities have died; no professional athletes (present or retired); no college athletes, no politicians, no big businessmen, no university presidents, no university department heads nor hot shot academics. This strange death dearth among the famous, near famous -- or even just relatively well known within their states or cities -- is truly bizarre, astonishing even. One need not be a “conspiracy theorist” ™ to wonder if this “pandemic” was ever even real – beyond the very old and/or sick who either did die with Covid -- or were deliberately knocked-off in the nursing killing homes and homicidal hospitals -- or (due to financial incentives) had their death certificates falsely coded as “Covid” instead of the true cause.
Cuomo, Stephanopoulos & Tom Hanks pretended to have Stupid-19, but never even seemed sick. As far as noteworthy personages, no one has been reported dead.

GRAND TOTAL ESTIMATE: 105,850
TOTAL COVID DEATHS : 0
1. Is there a single attendee from the 2016 Demonrat National Convention that has died of Stupid-19? We do not believe so.

There are many 1000’s more individuals – and spouses / children of said persons-- that one can think of whose deaths would have rated a mention on the national Fake News giants or any of the myriad local affiliates or small town newspapers that are all so determined to pump up this phony crisis in accordance with Bill Gates' "Event 201" directives. And yet, there is NOT ONE major nor minor muckety-muck (*please do tell us if you know of any) on the Covid-19 death list in either the United States or Europe. How can this possibly be?

And for this imaginary “crisis,” the PRC (Predatory Ruling Class) has thrown 30 million people out of work and onto the welfare rolls; destroyed businesses, racked-up trillions more in public debt, and got healthy people walking around in idiotic masks and living in dreadful fear of other healthy people? Think about it a while --- and you'll realize why we call it "Stupid-19" --- because you have to be stupid, to believe it.

1. Trump's State of Union speech before U.S. Congress --- none of the 600 or so attendees have died. // 2. Girly Bill and Manly Melinda should be arrested, tried and executed for the damage they have inflicted upon America and the world with their Satanic scamdemic.
Boobus Americanus 1: I read in the New York Times that Elizabeth Warren's older brother died of Covid-19.
Boobus Americanus 2: This virus touches everyone, big and small.
*
St. Sugar: Is that so, Boobuss? Then name for me ssomeone of note in politicss, ssportss, entertainment, business or academia who died of Stupid-19!
Editor: Abject stupidity is now "the new normal."

"History is indeed little more than the register of the crimes, follies and misfortunes of mankind."
Edward Gibbon (1737-1794), From: "The Decline and Fall of the Roman Empire"

* If you haven't already done so, be sure to sign up for our FREE Report & FREE Updates List at bottom of page.

Facing the Covid-19 pandemic, the US Congress rammed through the CARES Act — which economist Michael Hudson explains is not a “bailout” but a massive, $6 trillion giveaway to Wall Street, banks, large corporations, and stockholders.
Max Blumenthal and Ben Norton discuss the enormous financial scam with Hudson, who reveals how the economy actually works, with the Federal Reserve printing money so rich elites don’t lose their investments.
PART 1 OF 2
(Interview recorded on April 13, 2020)
Part 2: “How the US makes countries pay for its wars: Economics of American imperialism with Michael Hudson”

Franklin1776
285 subscribers
https://www.youtube.com/watch?v=2frJr_vTad8
Interview from The David Knight Show on Banned.Video May 19, 2020 What medical research was Jeffrey Epstein funding at Harvard that might be connected to COVID? Jason Goodman, CrowdsourceTheTruth.com, goes beyond his viral interview with Alan Dershowitz where Dershowitz presented the legal deception being laid by AMA & lawyers to push mandatory vaccination. And, Jason relates what he’s seen (and not seen) in and around hospitals in NYC during the shutdown

I was literally FORCED by the powers that be to "live" rather peacefully in East London for the past 22 years, yet when this CORONAVIRUS PLANDEMIC (introduced by Donald Trump on 24 January 2019, patented by Bill & Melinda Gates Foundation in November 2019, officially announced by WHO and Trump in January 2020) was used as a weapon to MILITARY LOCKDOWN, MILITARY DISTANCE, and TERRORISE the nation, and drive the most vulnerable among us COMPLETELY CRAZY! I saw the COURAGE of Jason Goodman going about and documenting the hospitals that we all saw WERE EMPTY! I went out to the local hospital and saw the HOSPITAL EMPTY with only 2 receptionists, 2-3 nurses, and 2 patients, and I was ORDERED TO PUT ON A MASK OTHERWISE THE NURSE WOULD NOT SEE ME! When the nurse finally saw me, she said there was nothing she could do and that I HAD TO GO PRIVATE! On 3 different occasions, I questioned a member of the staff if they had COVID-19 in the COVID-19 Ward, and I received the same answer from each one of them: I AM NOT AUTHORISED TO TELL YOU! Once I had made up my mind they were lying, I tried to force my way into the ward. One male staff rushed and grabbed my hand asking me where I was going. I said I was going to see my father who was inside the ward.  He said I was not allowed.  I started arguing with him and when a couple of people saw this I SCREAMED pointing to the male nurse: HE IS TRYING TO KILL MY DAD! I was so glad I managed to get away without being arrested! One thing I found out was that this NON-LETHAL seasonal ENGINEERED virus was 'enhanced' in the USA (Fort Dietric, Beth Israel...) and tempered with, in Canada as well as in the UK (Bill Gates), but was too dangerous to be carried out in any Western country.  So, the decision was made to have French INSTITUT PASTEUR set up a BIO-WEAPON LAB in WUHAN with US and ROTHSCHILD funds from where the plandemic would be said to have originated. There is more, but Jason Goodman and others have already done a wonderful job!
BAFS
Friday 26 June 2020
Posted by BAFS at Friday, May 22, 2020