APOCALYPSE 1 - GOD DOES NOT EXIST AS WE UNDERSTAND IT.


APOCALYPSE 1
GOD DOES NOT EXIST AS WE UNDERSTAND IT 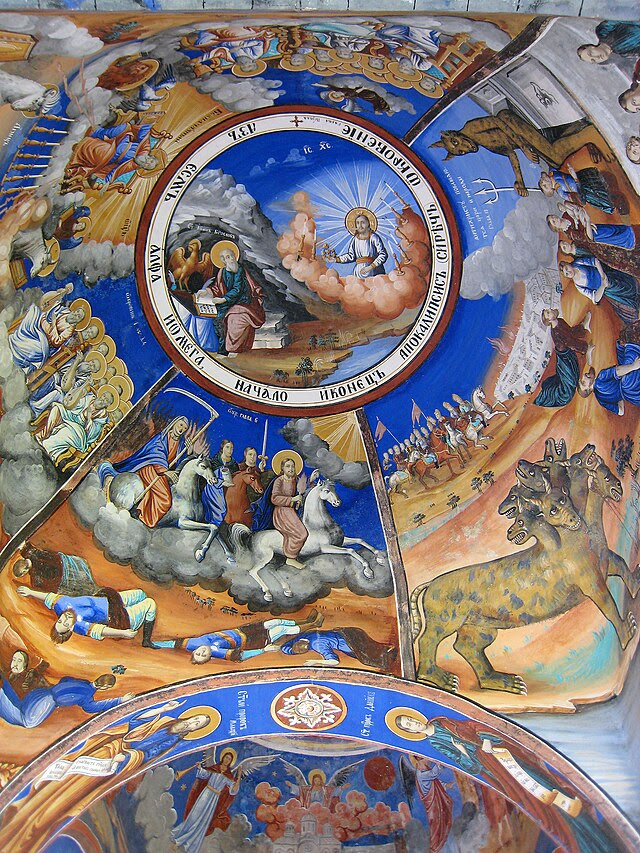 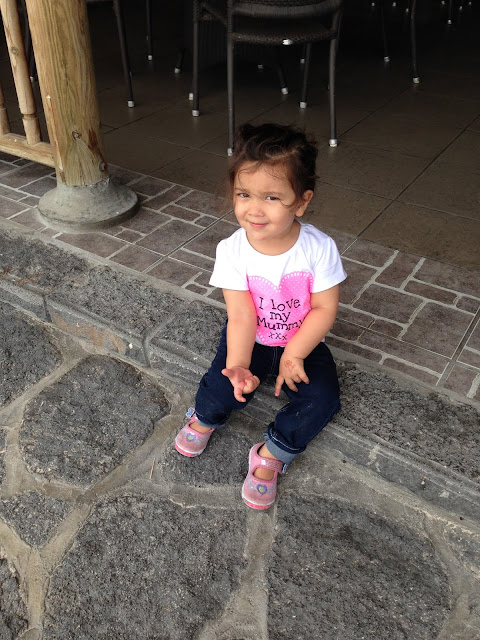 An apocalypse (Ancient Greek: ἀποκάλυψις apocálypsis, from ἀπό and καλύπτω meaning 'un-covering'), translated literally from Greek, is a disclosure of knowledge, i.e., a lifting of the veil or revelation, although this sense did not enter English until the 14th century.[1] In religious contexts it is usually a disclosure of something hidden. In the Book of Revelation (Greek Ἀποκάλυψις Ἰωάννου, Apocalypsis Ioannou), the last book of the New Testament, the revelation which John receives is that of the ultimate victory of good over evil and the end of the present age, and that is the primary meaning of the term, one that dates to 1175.[1] Today, it is commonly used in reference to any prophetic revelation or so-called End Time scenario, or to the end of the world in general. (WIKIPEDIA) 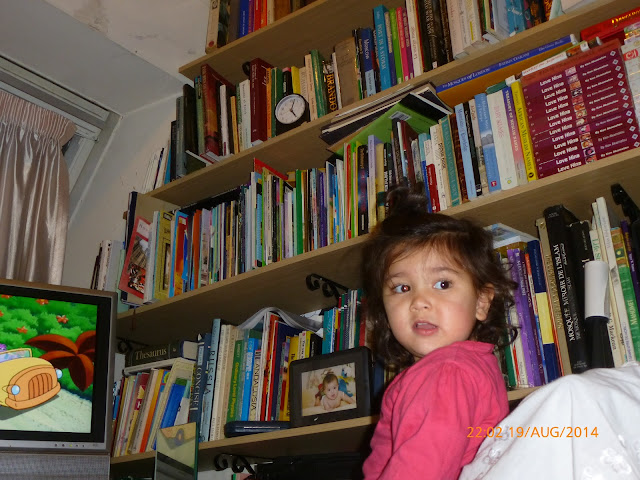 APOCALYPSE, not to be mistaken with Ioann’s Revelation (Yohann, Jean, John, or whatever. Europeans have a very bad habit of translating and corrupting names as if human bloodlines meant nothing to them!).  In the state of world pollution and destruction and degeneration of all species including the one called humans, John’s Apocalypse is not very welcome as there can be no ultimate victory of good over evil, which does not mean that the fight (combat, jihaad) against evil has to stop.  One solution would be to sterilise the entire planet and prevent so-called humans to breed.  This is exactly what the satanic forces that rule over the planet have been searching hard and ‘scientifically’ (western science = total amorality) to achieve.  But, science means just knowledge and this primary definition of the term has been totally lost to the humans. 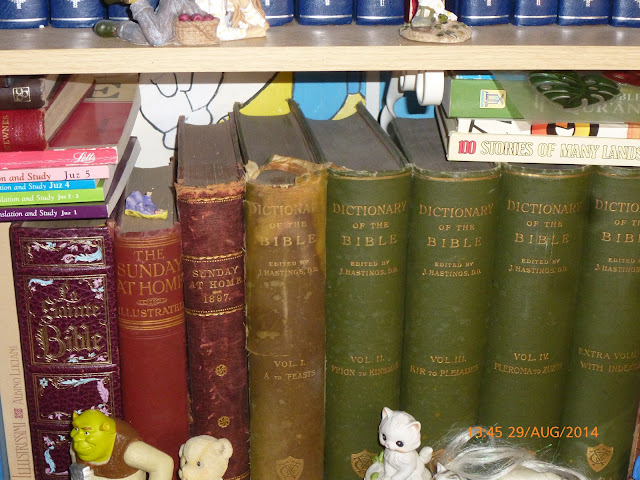 Why apocalypse when there is indeed nothing to uncover or disclose as this knowledge has always existed and at the hands of the learned people of the earth?  Yes, but it catches the mind, especially of the stupid kind.  But, here, I need to remind the readers (entertainment seekers) that my Spiritual Sister “Adriana Evangelitz” issued an excellent ‘Biblical’ (Evangelical) perspective video series called Apocalypsis quite some time ago, and this title has not been taken from there (Adriana) nor from the so-called Bible.  It suits the perverted mind of the so-called Europeans or so-called Westerners to bring everything to Greece and Rome.  But, as I am using one of their barbaric languages forced on to my ancestors, parents and me by their warmongering warlords, I cannot escape that fate and use of barbarisms all throughout my writings in a foreign tongue and I will have neither time nor the knowledge to point them out to the lazy readers.    By the way, writing about barbarism, Marxists have preached Karl Marx’s religion: EUROPEAN SOCIALISM OR BARBARISM, and found themselves cornered and conquered by EUROPEAN CAPITALISM that built its societies on BARBARISM as a matter of policy, and that it is now implementing all over the world with the help of the greatest army of assassins and destroyers of civilisations known in modern history: NATO! 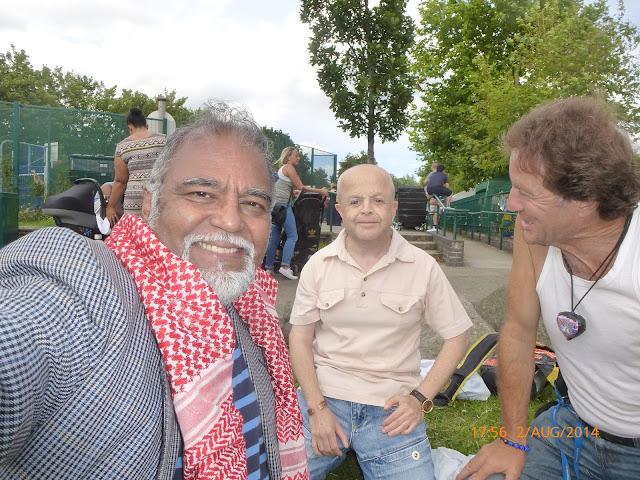 With "Light Workers" Brian and Barry of the "Galactics"!


YES, WERE THERE SUCH A GREAT AND JUST GOD, NO NEW WORLD ORDER BASTARD WOULD DARE HARM A SINGLE INNOCENT PERSON, POLLUTE THE PLANET, ADULTERATE THE SPECIES, PERVERT OUR WAY OF LIFE, DESTROY ENTIRE COUNTRIES, RAPE OUR WOMEN, EXTERMINATE ENTIRE PEOPLE AND NATIONS, STARVE HUMAN BEINGS ON A WORLDWIDE SCALE, AND ESTABLISH SATAN'S RULE ON EARTH! 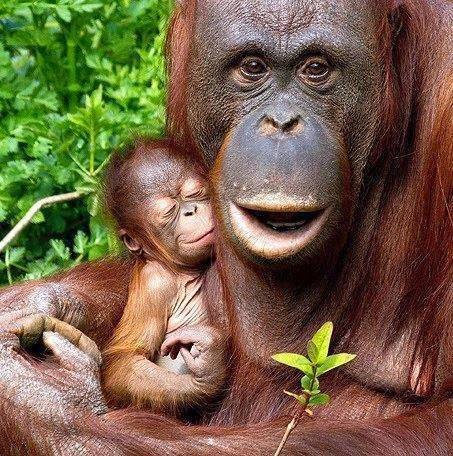 BUT, BLOODY HELL, I AM A CHRISTIC MUSLIM AND WILL DIE ONE - AND NOT A RICHARD DAWKINS' MONKEY!
AND, I AM NOT ANGRY AT SATAN BECAUSE WE DESERVE HIM!  WE ARE SUCH HYPOCRITES AND COWARDS!


Yes, God does not exist as we understand it, but He is Real!  Is not what exists real?  No, not in my sick mind!  Every believer in God says He exists, but that God is not Real as He is nowhere to be found except in the hearts of kind men, kind women, and innocent children, and even human babies.   As for the engineered babies, I simply do not know!  God is the same as the celestial Heaven and Hell.  They are simply concepts of the mind.  But, as God remains a mystery, heaven and hell are realities and we find them right here on earth.  I have known both and I experience them on a daily basis.  While I am writing this I can hear in the background the Holy Qur’ân of that Arab “impostor” (according to Arab, Muslim and Islam haters) being recited by Sheikh Muhammad as-Shâtri and it is sublime.  I have never heard the human voice reaching a greater enchanting effect on the human mind, heart and soul that this Arabic psalmody leaving all the Wagners, Tchaikovskys, Chopins, Mendelsons, Shuberts, Schumans,  and Mozarts far far away behind! 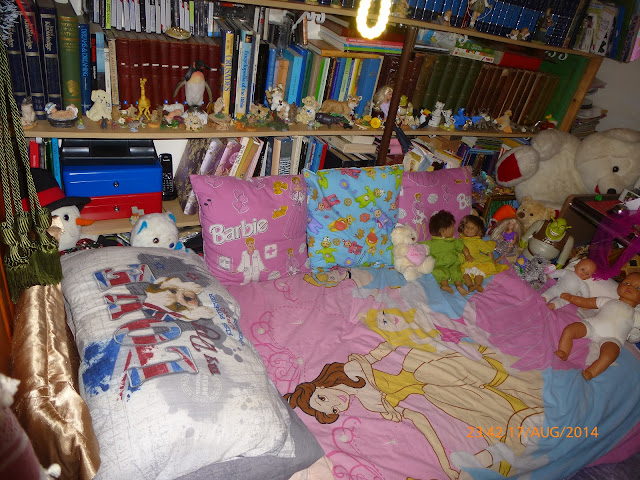 While money wasters tour the world, I take care of my grandchildren at home when I am allowed to!

But, Satan not only exists, but he is real too.  Where is he?  Everywhere!  Everywhere where the warmongering perverts called Europeans set their inhuman and beastly feet or send their deadly drones and bombs!  He has many names: Georgian, Russian, European, English, French, US American, Israeli, and many puppets imposed on the conquered lands like Jew Mustapha Kemal, and so-called Kings (Freemasons, perverts, etc.) in the conquered Arab and Muslim countries, including the diabolical Saudis.  It is tedious for me to mention them by name all the time, so I’ll just call them Satan and their religion Diin as Shaytaan, the Way of Life of Satan where usurers, Sodomites, prostitutes, whores, pedophiles, racists, mass murderers, gamblers, drug addicts, pornographers, incestuous and other monsters reign supreme.

But, am I not insulting believers in God?  Of course, I am, but they deserve to be blamed for their hypocrisy, cowardice, laziness, and extreme love of money, and their collaboration with Satan.  After the established Christian Churches have been taken over by Satan, it is now the turn of Masaajid (Muslim places of worship) to be controlled by the satanic forces.  Fortunately, there is no priesthood in Islam and Muslims do not depend on institutions for their faith as Christians and Catholics do.  Muslims do not have any Popes! 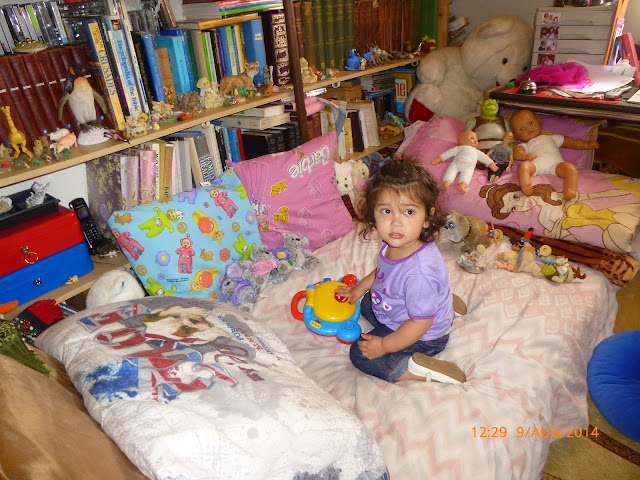 THIS IS MY PARADISE ON EARTH!

Why do I say I experience heaven and hell on a daily basis?  I will not answer this one because I hate lazy minds!  Experience it by yourself, you dummies, as David Icke would say when he is cornered, but I am not cornered!  Earthlings do not deserve the truth as they are indifferent to knowledge or wisdom except at the individual level.   Keep on worshipping Eretz Israel and the White European racists, apostates, degenerates, and their descendants!  The day you go back to The One God, there will be a POPULAR REVOLUTION in the world and only then there will be any HOPE. 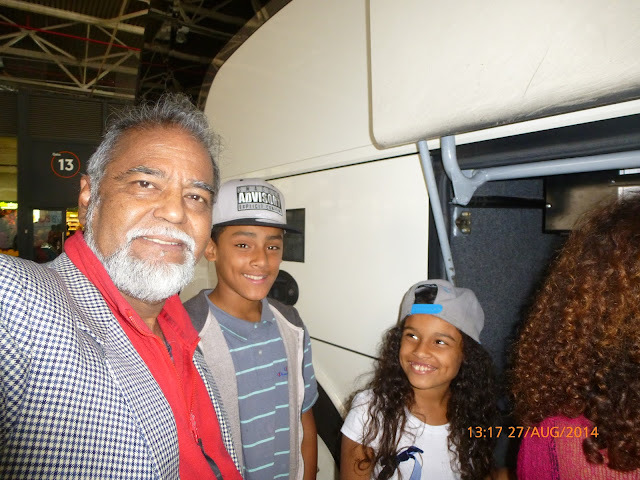 "Yes, my good man, Satan the Great, the one and only ruler of this world of yours, and I promise worse to come! I promised this to God Himself because I knew there and then that He was creating monsters, fools, and ingrates!"
SATAN THE GREAT 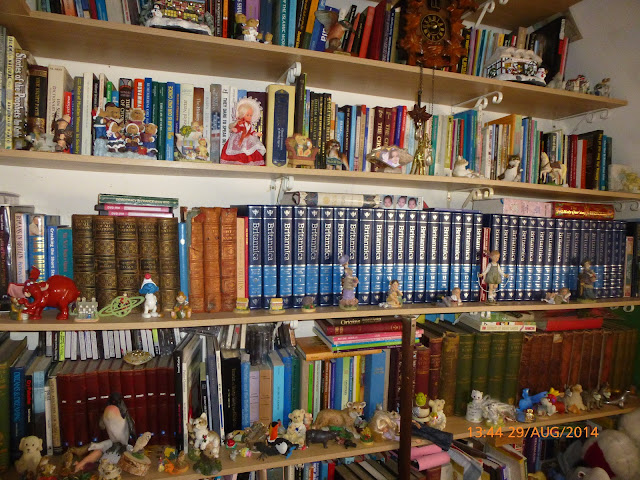 Except for me, all my books proved useless!


-          Well, I must admit that I have the reputation of being a liar, but I always claim I am telling the truth as far and as much as truth can be known by factual verification and indisputable evidence.  But, I know bigger liars than me – Satan and his armies of racist warmongering perverts called western democracies!


-         Satan, I saw him during my teens, and every day, every minute, every hour and every second of my adult life on earth, some 50 years or so.  If there is one entity that I know perfectly well, it is Satan.  As for God, my greatest wish is that He really exists as The Creator of all things, a Just and Merciful God, but I never stopped asking question after question about Him because He is blatantly missing in our different ways of life.  Yet, I know He exists because without Him I never saw and still do not see (I am not yet totally blind) any humanity or humanness (not to be confused with humanism of Satanic Judeo secular creation) in most earthlings, whether they are conscious of Him or not! 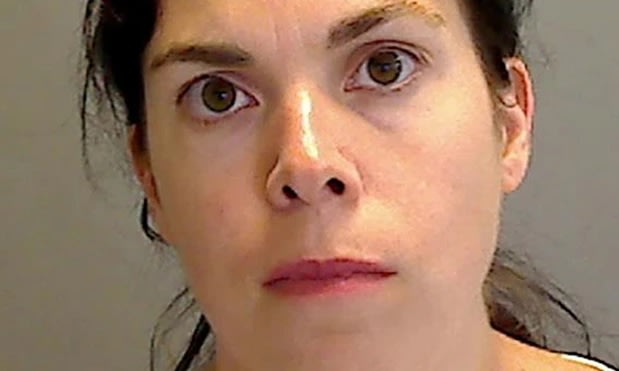 Depraved Marie Black and her gang of paedophiles face jail for acts of child abuse including playing poker to decide which boy of girl would be raped. The 34-year-old was convicted of 23 counts including rape and inciting a child to engage in sexual activity and is due to be sentenced on Monday 28 September alongside Michael Rogers, 53, of Romford, Jason Adams, 43, and Carol Stadler, 60, both of Norwich.
Black wept hysterically when she was found guilty at Norwich crown court in July and shouted: "I've been stitched up!" Rogers, was found guilty on 14 counts including cruelty, rape and inciting a child to engage in sexual activity. Jason Adams, 43, from Norwich, was found guilty on 13 similar counts. Stradler was found guilty of assault occasioning actual bodily harm but clear of nine other charges. Ten people – six women and four men – had been on trial accused of the abuse of five children.

During the trial jurors were told how children were subjected to a decade of harrowing ordeals and treated like "sexual playthings". The jury heard that the gang would force the children to have sex with each other and the adults would play poker to see which child they would abuse. One victim told how Stadler would tell him that they were going to see a chiropractor, but instead he was taken to a building near an industrial estate where he was raped by a man wearing a black uniform. Black would also have sex with men in front of the children and take photos of the abuse.

The sadomasochists would conduct the abuse at locations in Norwich and London and would inflict pain upon the children while sexually abusing them. So routine were the attacks that the children came to view them as "normal". "I just thought it was usual, that everybody did it," one boy said.
Defendants Anthony Stadler, 63, Nicola Collins, 36, Andrew Collins, 52, Judith Fuller, 31, Denise Barnes, 43, and Kathleen Adams, 85, all from Norwich, were cleared on all counts.

N.B. I disagree with the Sheikh regarding the "infallibility" of the Holy Qur'aan although I never found in my entire life a greater, wiser, and a better Book than the Holy Qur'aan.  However, Sheikh Imran Hosein may be right because he knows Arabic language and I don't, and have to rely only on very unreliable translations.  And the Sheikh is a man of FAITH while I am not (in the same manner).  Whatever I have written about Islam and God, my religion is and will remain Islam until I die as long as it is founded on UNIVERSALITY, REASON, HARD WORK, STRUGGLE FOR FREEDOM, TRUTH, JUSTICE and a MORAL WAY OF LIFE!
BAFS

Iqbal, Pakistan and the Khilafah State By Sheikh Imran Hosein