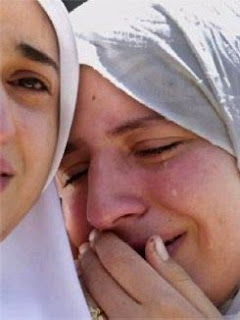 The Crescent and The Cross Solidarity Movement
Mission Statement: Telling the truth about the relationship between Christianity and Islam and why they have been deliberately set at war against each other by interested third parties.

Christianity and Islam are not at war with each other. There is nothing about them that makes them organically opposed to each other. In fact, they have more in common with each other than they do with any other of the world’s faiths. Besides Christianity, Islam is the only other religion that recognizes Jesus. It is the only other religion that gives honor to his mother Mary. Both Muslims and Christians believe that Jesus was the Messiah that was promised to come, and both faiths believe that he will return towards the end of time for the purpose of defeating AntiChrist and of sitting in judgment of the living and the dead. And, more importantly, they both are, in their true forms, universal in their scope and do not adhere to any supremacist themes.

The present conflict between the two religions is an artificial conflict that has been deliberately constructed by a third party who stands to benefit from the two religions wiping each other out. This third party is the Zionist agenda that is using a ‘divide and conquer’ strategy and done with the interests of seeing that in the end the Jewish supremacist agenda reins over the world and its inhabitants. Zionism is an expansive, aggressive ideology steeped in racial supremacist themes. The ‘chosen people’ (as Jewish supremacists term themselves) believe that they have been blessed by God with the task of subduing the whole world to their agenda, and the current war in the Middle East is a major component in seeing this madman’s dream fulfilled.

Islam as an organized ideology is the last barrier that is standing steadfastly in the way of this nightmarish apocalyptic agenda being realized. The West, which at one time could call itself Christian, has been coerced into participating in this present ‘clash between civilizations’ as a result of her economic, military and technological superiority over those Muslim nations that will not bend to the will of the AntiChrist agenda known as Zionism. The two worlds, Christian and Muslim, have not fought a substantive war against each other for centuries, and yet we are and have been told on a daily basis now that somehow, out of nowhere, the two civilizations have something between them that is so organically inflammatory and irreconcilable that has resulted in this present war.

In truth, what has happened is that the Zionist state of Israel, a Jewish supremacist entity that believes that it is destined to rule the world as the lone superpower has, through her interlocking network of loyal assistants, pitted these two worlds against each other in what is an unjust and unnecessary spilling of innocent blood. Our mission is to tell the truth about all the entities that are involved in this conundrum, Christian, Muslim and Jew, and that by doing so, see to it that the power of the Zionist agenda–a house of cards whose entire structure and stability is one based entirely upon lies–will eventually meet its only viable and justified ending, which is on the ash heap of mankind’s history.

About us 4about us

Please join us in this journey of uncovering the truth. The stakes are higher than they have ever been in mankind’s history. All the events for which mankind has been waiting for 2,000 years are happening before the eyes of a deluded and sleeping world. What is needed now more than ever is light, clarity and solidarity, and this is the aim of our movement.