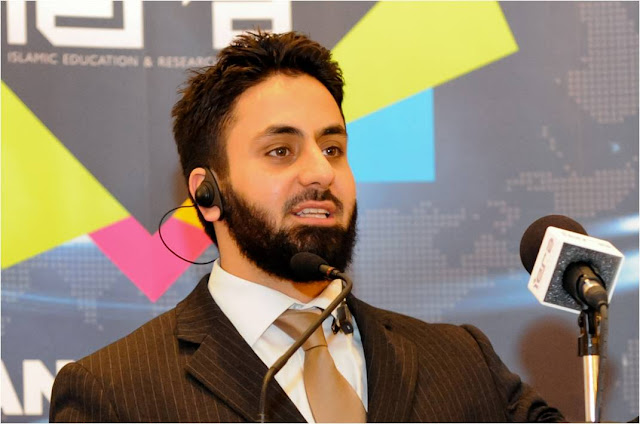 Hamza Andreas Tzortzis is an international public speaker on Islam, a writer, lecturer, instructor and researcher. He is particularly interested in Islam, politics, western and Islamic thought and philosophy.

Hamza delivers workshops, seminars and courses on the foundations of Islamic thought. He is an instructor for iERA and AlKauthar Institute. Hamza has also delivered a short course on the intellectual foundations of Islam for the Islamic Online University for their Diploma course.

Hamza has debated prominent academics and intellectuals including Professor Lawrence Krauss, Professor Simon Blackburn, Professor Ken Gemes and Professor and Dan Barker. Hamza delivers presentations across the world on various topics; ranging from 'Does God Exist', 'Why Islam?', 'The Miracle of the Qur'an', 'Islam or Atheism?' to 'Can we live better lives without Religion'.

Hamza is a popular speaker at UK University campuses, and has also travelled the world extensively to deliver lectures, most notably in the USA, Australia, Netherlands, Malaysia, Canada and Lebanon. Hamza has authored a number of Islamic publications as well as serialising a number of articles on his popular blog.

Hamza has also led major pieces of research including 'Non-Muslim Perceptions of Islam and Muslims' through iERA, and is currently working on a number of publications. Hamza studies Islamic thought and philosophy with a qualified scholar who has been authorized to transmit Islamic knowledge (ijazah).

Hamza is one of the main initiators of the contemporary emergence of Muslim public debaters and speakers using western and Islamic philosophy to defend and explain Islam. Hamza heads the research team and Lectures for iERA.